Interior Secretary Deb Haaland on Tuesday announced a new initiative to examine the loss of life and traumatic legacy of boarding schools run by the Bureau of Indian Affairs.

Haaland, a member of the Laguna Pueblo and the first Native American to serve as a U.S. cabinet secretary, described it as a national tragedy with personal impact.

“I come from ancestors who endured the horrors of Indian boarding school,” she said at the National Congress of American Indians’ midyear conference, where she announced the Federal Indian Boarding School Initiative.

“Assimilation policies carried out by the same department that I now lead,” she said, “the same agency that tried to eradicate our culture, our language, our spiritual practices and our people.”

Throughout much of the 19th and 20th centuries, Native American students were often forcibly removed from their families and their way of life. Some didn’t see their parents for years at a time. Haaland said the physical and spiritual suffering has harmed entire communities.

The new initiative will document boarding school policies and shed light on their lasting impact, said Haaland. It will also identify burial sites near the schools and try to name every deceased child sent to them.

The initiative is prompted by the discovery of 215 bodies in a mass grave in Kamloops, B.C., at the site of a former Canadian residential school. Haaland said she and her staffers wept when they heard of it.

“Each of those children is a missing family member, a person who was not able to live out their purpose because forced assimilation policies ended their lives too soon,” she said. “I thought of my own child, who carries this generational trauma with them. I thought of my grandmother, who told me about the pain and loneliness she endured when the trains took her away from her family to boarding school.”

In Alaska, the BIA operated three vocational boarding schools in the 1920s. Then in 1932, the agency established the Wrangell Institute in Wrangell and, in 1947, Mt. Edgecumbe School at Sitka. Thousands of Alaska Native students were also sent to BIA schools in Oregon and Oklahoma. Other Alaska boarding schools were operated by churches and later, the state.

Some former students say they had a choice of schools and report positive experiences. Many others tell of beatings and other dehumanizing practices.

Iñupiaq elder Jim Labelle Sr. was sent to the Wrangell Institute when he was 8. He said on “Talk of Alaska” Tuesday that all children had identification numbers written on their government-issued clothes and bedding.

“Children who had difficult names were often referred to only by their number, by many matrons,” he said. “And I can still remember years later children  — as we were much older — talking about, ‘Gee, I thought my name was my number.’”

Secretary Haaland has ordered that a final report from the investigation of BIA boarding schools be issued by next April.

Adelyn Baxter contributed to this report. 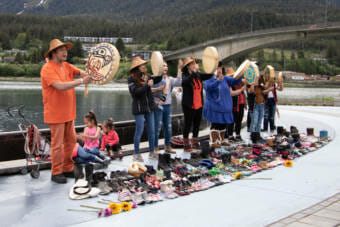 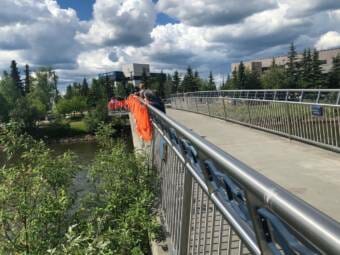