A University of Alaska Fairbanks scientist is on the team for one of two unmanned missions to Venus announced by NASA this week.

UAF Geophysical Institute research professor and Venus expert Robert Herrick is on the science team of the Veritas mission, one of two Venus proposals chosen by NASA. Herrick says Veritas and the other mission, called DaVinci Plus, were selected following a competitive proposal process and will be the first to Venus since the Magellan mission ended in 1994.

“It’s been a multi-decade walk in the wilderness for people who are fans of the planet Venus,” Herrick said. “So it’s very exciting.”

Herrick says the schedule has not been finalized, but the tentative plan is for the $600 million Veritas mission to launch in 2028.

“The whole spacecraft has to be built and made ready to launch in the next handful of years, basically. And then there’s a lot more detailed planning on the science side of things that takes place as well,” he said.

Once in orbit around Venus, the Veritas spacecraft will gather high-resolution infrared and radar images and topography of the planet’s surface, which will be transmitted to Earth for analysis. Herrick’s area of focus is craters, which he says provide clues about a planet’s geologic history.

“Craters after they’ve been formed get modified by later volcanism or faulting, and that helps you figure out the time sequence of events on the planet,” he said.

Herrick says Venus is interesting from a geoscience perspective because it has mountains and other surface deformations, but its not known how they were created.

Herrick says imagery gathered by the Veritas orbiter will aid the DaVinci Plus Venus mission by helping identify a target area for its surface probe. That mission is tentatively scheduled to launch in 2030.

Herrick says together the two missions will provide a better understanding of Venus, which could help identify potentially life-supporting planets in other star systems.

“Venus is about 90% the size of Earth, it’s 70% the distance from the sun that Earth is, so it’s essentially identical.” Herrick said. “Yet Venus is completely inhospitable to life currently, and Earth is a cradle of life. So as we look out at all the other planetary systems that we’re discovering, figuring out whether Earth-sized means Earth-like in part depends on figuring out how Venus and Earth ended up so different from a very similar starting point.”

Herrick says data from the Venus missions will be voluminous, providing years of work and opportunity for new discoveries by researchers and grad students, including at UAF.

‘She needs a lot of work’: Museum of the North staff begin work on 'Into the Wild’ Bus 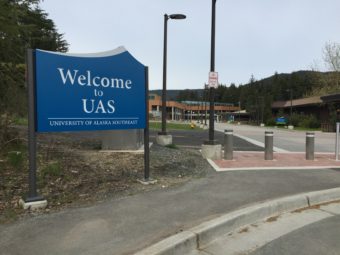 'Not one size fits all': University of Alaska looks for ways to retain more Alaska Native students 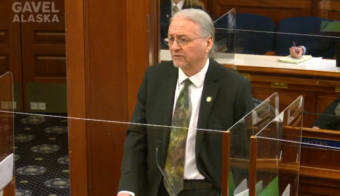 The measure would provide up to grants through 2024 for students to attend Alaska colleges or postsecondary programs.