U.S. Sen. Lisa Murkowski told reporters Tuesday that she’ll vote in favor of a House bill to establish a commission to investigate the Jan. 6 assault on the Capitol.

“I’m going to support it,” she said, according to The Hill and other reporters at the Capitol.

She is only the second Senate Republican to back the bill, after Sen. Mitt Romney of Utah.

At least two other moderate Republicans — Sens. Susan Collins of Maine and Bill Cassidy of Louisiana — say they like the idea of creating a commission but want changes to the bill.

The Senate is expected to vote on it this week. It would take 10 Senate Republicans to overcome an expected filibuster.

Alaska Sen. Dan Sullivan said Tuesday he hasn’t yet made a decision on the bill.

Many Republicans have said the commission would be steeped in partisan politics and is an attempt to blame former President Trump for the attack.

The bill passed the House with 35 GOP votes. Rep. Don Young voted against the measure. 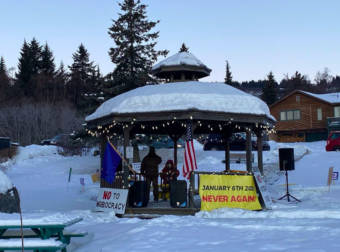 American history professor reflects on Jan. 6 insurrection: 'We must not be enemies'

Kenai Peninsula College professor Jeffrey Meyers said he was just starting to think about how to make sense of that day and contextualize it in his American history courses. On the anniversary of the riot, he said it’s something he has thought a lot about in the year since. 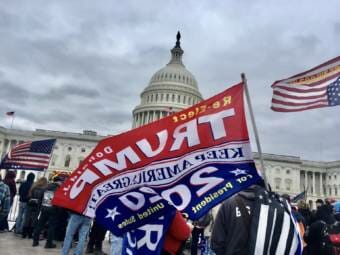