A lawsuit challenging the Indian Child Welfare Act received a split decision in federal appeals court on April 6. The law, the lawsuit and the split resulted in a 300-plus page decision that confounded experts and laypeople alike. The decision won’t impact Alaska directly. But legal experts say Alaska should still keep an eye on the case.

The Indian Child Welfare Act, or ICWA, basically provides tribes with an opportunity to intervene when state child welfare and adoption agencies consider whether to remove a Native child from a home. The children can be enrolled citizens of the tribe or be eligible for membership status.

Alaska Native Justice Center policy director Alex Cleghorn says ICWA was passed in 1978 in response to the disproportionate removal of Native children from their homes, families and communities.

“They were primarily being placed in the homes of non-Native people and growing up without a connection to their culture or to the communities,” said Cleghorn, who worked as a tribal attorney for much of his career, is a citizen of Tangirnaq Native Village and serves on the board of directors for Koniag Incorporated regional Native corporation. “I believe the Alaska Native culture is something that is a strength.”

What is now Brackeen v. Haaland began in 2018 as a lawsuit in Texas that challenges ICWA. The lawsuit says the federal law discriminates against non-Native families looking to adopt.

“They seem to believe that being a Native person is solely a racial classification, which ignores many years of precedent and legal rulings that as a Native person, our relationship with our tribe is that of a citizen who works in government.”

Erin Dougherty Lynch is a staff attorney at Native American Rights Fund, a nonprofit legal organization that holds the U.S. government to its treaty obligations with tribes as well as laws that affect Native people. Lynch works on a variety of federal Native issues including tribal jurisdiction, sovereignty — and child welfare.

She says the plaintiffs in the Brackeen case argue that ICWA is a law based on race.

“That it’s a race-based law that provides preference to extra services to Native children, to provide preferences to Native families, which should be struck down by the Supreme Court on an equal protection ground,” Brackeen said.

But Lynch says ICWA, along with the bulk of federal Indian policy, is grounded in a political relationship between governments — between federal and tribal governments, and between tribes and their citizens.

ICWA is a federal law that establishes a floor-level basis for reviewing Native child adoption cases. Some states passed their own ICWA laws, but those laws must offer additional benefits — not change or remove the application of federal law.

“States can never do less than what’s in the federal law, but they can always do more,” Lynch said.

For example, Washington state has its own ICWA law.

Alaska does not have a state ICWA law. In 2017, then Gov. Bill Walker’s administration championed and signed a child welfare compact between the state and many Alaska tribes.

“[Compacts are] another kind of tool that we’ve had in Alaska where tribes are working, have compacted on a government-to-government relationship with the state government and with the goal of providing more culturally appropriate services to children in the state’s child welfare system,” Lynch said.

According to the 2017 Alaska Tribal Child Welfare Compact, even though Alaska Natives represent less than 20% of children in the state, they make up more than half the children placed in foster care.

Cleghorn says the Brackeen case illustrates that more states should be looking at state-based ICWA protections.

“If the federal law is going to continue to be under attack, it may be time to look at a state equivalent to ensure that we continue to recognize tribes recognized as the gold standard in child welfare and protection, and that those protective factors of having children connected to their culture, the tribes and their families are important and should be enshrined in law,” Cleghorn said.

The Brackeen lawsuit worked its way to the United States Court of Appeals for the Fifth Circuit, which covers the federal judicial district in Louisiana, Mississippi, and Texas.

A three-member judges panel heard the case and upheld the constitutionality of ICWA, but with partial dissent. That allowed the plaintiffs to request and receive a full bench — or en banc — decision.

Sixteen judges split down the middle and wrote a 325-page decision. Because of the split, Lynch says the decision largely impacts cases in that district’s region — and wouldn’t affect Alaska directly.

Alaska Native Justice Center policy director Cleghorn is also confident the split decision should not impact ICWA cases in Alaska or in states that are outside of the Fifth Circuit.

For now, legal experts and tribes will keep an eye on the Brackeen case and will be on the lookout for others.

“Certainly, if the case ends up going up before the United States Supreme Court, what the Supreme Court determines will have an effect in Alaska. But right now, you know, state and tribal child welfare workers who are involved in state child welfare cases don’t have to worry about this opinion,” Lynch said.

But Lynch says it is possible that Alaska Native children living in the Fifth Circuit could be affected.

“When you start talking about places that are in states that are in the Fifth Circuit, like Texas and Louisiana and Mississippi, then the whether the case applies is a maybe,” Lynch said. “Which I know might be sort of unsatisfying, but there are sort of these general principles that federal courts don’t necessarily tell state courts what to do. And so it sort of depends state-to-state as to whether or not this is going to have precedential effect in the Fifth Circuit. But for our purposes in Alaska, we we can ignore this decision for now.”

The legal experts and attorneys following the case worked to unravel its many threads and how each one would impact ICWA or their understanding of the case and law.

“It definitely took us a few days to sit down and, like, sort it all out,” Lynch said. “We literally had to map out every issue that had been brought up in the case and then sit down and go through all of the opinions and see how folks had come down. I know the court in those first few pages did issue like a per curiam opinion where they tried to give a synopsis of where the whole thing had come down. But you still really have to sit down and go through it all. And it’s complicated for the lawyers.”

The Native American Rights Fund helped publish a flow chart to help people determine whether the decision impacts their case.

“I guess my takeaway is that the worst did not happen, which is good,” Lynch said. “But there are still pieces of this opinion that are not great.” 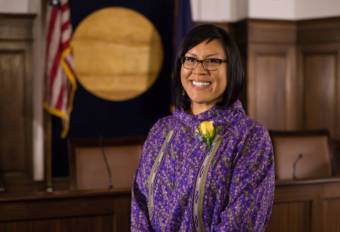 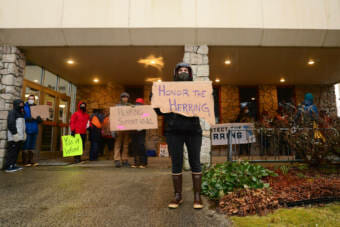 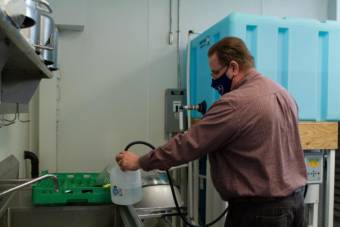