President Biden wants to pass a huge infrastructure bill, and at least two members of Alaska’s congressional delegation are inclined to help — if the administration will compromise.

Young says the scope of Biden’s $2 trillion proposal is too wide. But he agrees the U.S. does need to go big.

“I’ve said we need at least $1 trillion for highways, bridges, airports, and ports and the whole bit,” Young said. “We need that, because we’re so far behind.”

Young met with President Biden at the White House Monday and also took a meeting this week with Transportation Secretary Pete Buttigieg.

“I’m working with the secretary, and we’re going to try to figure if we can come up with a compromise. Whether it will work or not, I don’t know. Even on my side, some people don’t want to do anything,” Young said, referring to Republicans in Congress. “But I argue that this country, to survive, it has to have a better economic basis of transportation. And it’s not just jobs. This is for the future.”

Like Young, Murkowski said the infrastructure bill should be limited to more traditional definitions of infrastructure. She thinks water projects and broadband are OK, but not the billions Biden wants to to include for caregiver jobs. When she talks to cabinet members about infrastructure, Murkowski talks about saving Alaska’s ferry system.

“I told anybody who listen that when it comes to infrastructure, you have to remember that it’s not just infrastructure on land. It’s also infrastructure on water,” Murkowski said. “So it’s your ports. It’s your harbors. But also, for many parts of our state, the highway is our waterway.”

She’s floating the idea of electric-powered ferries for the smaller vessels of the Alaska Marine Highway System. Since the Biden administration is so keen on electrical vehicles, Murkowski says the idea should appeal.

“Well, if the administration is going to go this way, if they’re going to make this push, I want to make sure that we’re going to see some of that benefit too,” she said.

Whether Democrats in Congress are willing to let Republicans shape their infrastructure bill isn’t clear. They could pass it without Republican input by using budget reconciliation, a process that allows legislation to clear the Senate with only 51 votes.

Sen. Dan Sullivan did not grant several interview requests to discuss infrastructure last week, but he did appear at a Republican news conference where senators outlined what they’d like to see in an infrastructure bill. Sullivan had one thing on his list.

Sullivan wants to speed up the environmental review process. That will be a tough sell with this administration. Interior Secretary Deb Haaland just rescinded Trump administration orders to “streamline” permitting. Haaland says they were inconsistent with her department’s commitment to protect public health and conserve land, water, and wildlife. 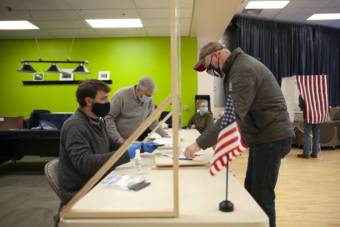 Voting rights bill seems doomed in Senate without Murkowski on board

Murkowski is the only Senate Republican to co-sponsor the more limited John Lewis Voting Rights Act. 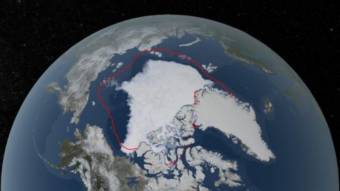 Altogether, Jeffrey Fultz is accused of eight felony counts of sexual assault and one count of harassment from alleged incidents that happened between 2014 and 2020.