The U.S. Supreme Court heard arguments this morning about whether Alaska Native corporations can receive a portion of the $8 billion earmarked in the CARES Act for tribal governments.

The case turns on a problematic sentence that specifically includes Alaska Native corporations and then seems to exclude them with a clause at the end of the sentence.

Justice Clarence Thomas seemed troubled by the grammar, too: “I don’t know how you cannot have the phrase or clause at the end modifying the entire list,” he said.

The sentence in question is not in the CARES Act. The 2020 COVID relief law says tribes should be defined as they are in a different law — the 1975 Indian Self-Determination and Education Act. The older law refers to Alaska Native corporations as tribes, but in a way that would give a grammar teacher nightmares.

“… any Indian tribe, band, nation, or other organized group or community, including any Alaska Native village or regional or village corporation as defined in or established pursuant to the Alaska Native Claims Settlement Act …”

And then there’s a comma.

What follows is the clause that is now at the heart of a dispute worth more than half a billion dollars:

“… which is recognized as eligible for the special programs and services provided by the U.S. to Indians because of their status as Indians.”

A group of tribes, including three in Alaska, sued the government last year to prevent Alaska Native corporations from receiving tribal Cares Act funds. They say Alaska Native Corporations are not “recognized” by the federal government as tribes, so that phrase excludes them from the CARES Act funds.

But Assistant Solicitor Matthew Guarnieri, arguing in favor of including the corporations, said Congress would not have mentioned the corporations only to exclude them after the comma.

“We don’t think the statute should be read to be at war with itself,” he said.

In his view, Congress never meant for the “which is recognized …” part to apply to Alaska.

Attorney Paul Clement, representing the corporations, likened the problematic sentence to a note left for a pet sitter that says “please feed the cats, the dogs, and goldfish, which are barking.” It’s bad grammatically, but the owner did not want the cats and goldfish to starve.

“The force of that analogy comes from the fact that it’s impossible for the goldfish to bark,” Roberts said. “In this case, though, Congress has the authority, right, to formally recognize the ANCs? And so, doesn’t that undermine your analogy?”

“Well, only essentially if Congress passed a statute that says that when goldfish move their lips, we’re going to construe that to be barking,” Clement replied. “Which is to say, it really is impossible, based on any understanding of the nature of either ANCs or sovereign recognition, to say that the agencies would be recognized as tribes.”

That narrower definition could have implications far beyond the CARES Act. About 150 other laws rely on the 1975 definition of tribes to include Alaska Native corporations, allowing the corporations to participate in tribal programs. The prime example is Anchorage-based Cook Inlet Region Inc., which launched Southcentral Foundation, now a major medical provider in Anchorage and a key piece of the tribal health care system.

If the Alaska Native Corporations lose the case, $530 million the government set aside for them in the CARES Act would likely be distributed to tribes all over the country. 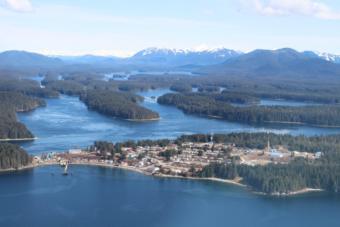 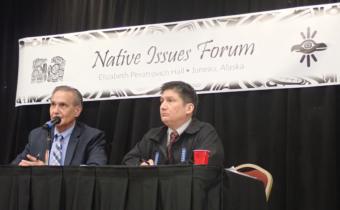