Contractors plan to break ground on a multimillion dollar airport project in Gustavus  this month. But newly discovered toxic chemicals at the site make the state-run project more complicated, and some residents don’t think the environmental oversight goes far enough to keep them safe.

The upgrade at Gustavus’ state-run airport is a decade in the making, but in 2018 contaminants were discovered at the airport — and in water, soil and wells around the Southeast community.

The contaminants are called PFAS, a group of toxic chemicals found in firefighting foam that used to be required at airports and defense sites. They’re known as “forever chemicals” because they don’t break down. There’s evidence they’re linked to cancer, thyroid problems and other ill health effects.

In Gustavus, some residents are speaking out because equipment is already showing up for the $20 million federally funded project that is scheduled to break ground this month — but state agencies are still gauging the PFAS risks.

“I would like to trust the state government to do the right thing at the airport, knowing that there is a contamination present and that it has been impactful to the community, but I don’t have that confidence,” said Nicole Grewe.

She is among a number of residents leery of a project that will move contaminated soil. And to be clear, the state has done what it’s legally required to do. There just aren’t many legal requirements.

More than a dozen Gustavus households have been drinking bottled water for years after learning their wells are poisoned with PFAS from runoff. Grewe lives across the street from the airport. She’s worried the contamination could spread.

She and members of Gustavus PFAS Action Coalition are pushing for more accountability from the state.

The state Department of Transportation runs the airport and is responsible for the contaminants, but there’s no current requirement to clean them up. It does have a plan to keep contaminated soil from spreading toxins in Gustavus, which state regulators approved in early March.

Grewe says the plan doesn’t go far enough because it doesn’t test the airport runways for PFAS or sample enough of the surrounding soil.

“I never thought I would be at a place where I have to advocate on behalf of myself and the community to ensure the state does not do further harm,” she said.

“We’re not going to do any construction work until we resolve those issues,” he said.

The agency even tested some of the asphalt at the contaminated site after Grewe voiced her concern. That’s a step beyond what they’re required to do. State regulators say it may be a first.

“It is a rather new issue that we have to deal with. And we’re figuring it out as we go,” said Dapcevich.

DOT officials point to regulation by another state agency — the Department of Environmental Conservation — that signs off on their safety measures.

State environmental regulators don’t typically inspect construction at contaminated sites that they’ve already checked out. It’s up to DOT to comply with state regulations. And there’s motivation to do that because the agency is responsible for any further contamination.

PFAS are known to be toxic, but they aren’t considered a hazardous waste substance. There are federal guidelines for how to manage PFAS, but no regulations. And the state is actually out in front of the federal government on this one.

“The state of Alaska has some very, very weak regulations. They really only cover two of these forever chemicals. And at surprisingly high levels,” he said.

Kiehl says Alaska’s agencies typically go farther than they have to, but it still isn’t far enough. He’s introducing a bill this legislative session that would significantly tighten state restrictions. It would limit the use of firefighting foams with PFAS in them and create stricter protective standards for people. He says it’s a start.

“Unfortunately, nothing in my bill can create the kind of instant understanding and and solidly defensible cleanup standards that we need to to get these contaminated water plumes cleaned up under the ground,” said Kiehl.

There’s federal legislation in the works this year that could set nationwide regulations for PFAS. But until any of these bills become law, folks from Gustavus are pretty much left to advocate for themselves. Nicole Grewe says state regulators have responded to some of her requests for additional testing at the airport, but not all of them.

“So does it allay all my fears? No. Am I hoping for a good outcome? Yes. And I hope that we’ve created enough noise of the DOT is going to double down on making sure there’s no additional risk at Gustavus,” she said.

Until more regulations are set, making noise is about all she — or anyone — can do.

Editor’s note: This story has been updated to clarify that the state Department of Transportation doesn’t have to clean up the contaminants at this time. While there is no plan for full PFAS clean up in Gustavus now, Department of Environmental Conservation officials have not ruled out cleanup in the future. 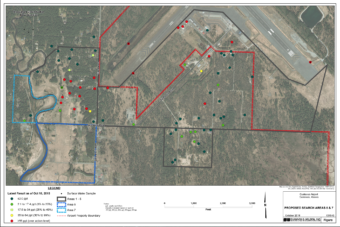 It's a growing national issue: A foam used to suppress oil fires can leach into the environment and contaminate groundwater. 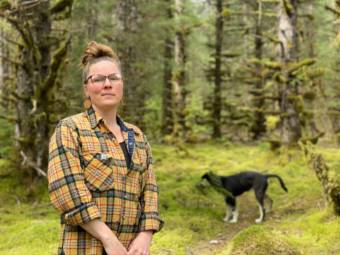 'This is already in my body': Gustavus residents seek more protections as state construction continues at contaminated airport

Gustavus is getting a multi-million dollar airport upgrade, but city officials and some residents are calling on Alaska’s Department of Transportation to stop work on the project.