Ketchikan city finance officials are looking at ways to close a nearly $9 million hole in the city budget. Officials are asking Ketchikan’s city council on Thursday to consider a plan that includes layoffs and other cost-saving measures.

Without big changes, the account that funds Ketchikan’s port is projected to run out of money by the end of the year. The city’s general fund — which pays for police, firefighters, and much more — would be empty by the end of 2022. And other accounts that fund street repairs and the city-owned (but privately-run) hospital are in trouble, too.

With the 2021 cruise season looking less and less likely, revenues are expected to miss projections by $8.91 million. And those projections were already accounting for less than half the number of cruise visitors as 2019.

The city-owned utility is also expected to lose as much as $810,000 in revenue, in part because of a roughly 50% rise in past-due residential and business bills since last year. Roughly half of the past-due accounts aren’t expected to be paid.

That’s according to Ketchikan city manager Karl Amylon, who painted the grim financial picture in a 68-page memo to the city council.

Amylon’s memo lays out a three-point plan for minimizing the damage.

First, he recommends that the city allocate all of its projected $1.7 million in federal pandemic relief to help close the gap. That would make it unavailable for other programs like rent relief or business grants.

He’s also already implemented a near-total hiring freeze. But he recommends laying off one of the city’s 17 firefighters and its only parking enforcement officer.

The longtime city manager also recommends putting off another $1.3 million in capital projects. He says the city should continue to push the Alaska Legislature to re-appropriate a $1.1 million grant that was intended to go towards pandemic preparedness at the port of Ketchikan. That would allow it to pay off port bond debt and keep up with lease payments.

The city council is set to discuss the plan at a meeting planned for 7 p.m. Thursday. It’ll be live-streamed at the city’s website and broadcast on local cable channels. Members of the public can weigh in by calling 228-5658 prior to the meeting. Written comments can also be emailed to the clerk’s office at clerk@city.ketchikan.ak.us 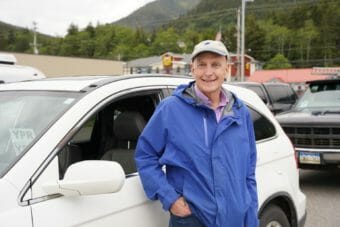 Challenger Jeremy Bynum hasn't conceded, but he says it's tough to imagine a scenario where he pulls ahead. 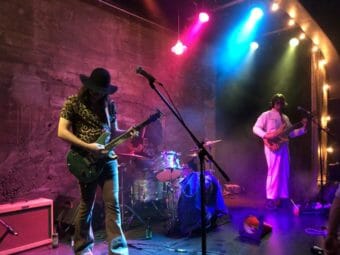 The Crystal Saloon show was just Dude Mountain's second gig outside of Ketchikan.