Glenn Helkenn lives in a spruce forest, in a tiny log cabin he built himself on the outskirts of Fairbanks, Alaska’s third-largest city.

Give him an hour and a handsaw and Helkenn says he can harvest enough firewood to heat his 96-square-foot home for a couple of days, even when the temperature drops to minus 40. For him, it’s about more than free fuel.

“It is what I enjoy doing,” Helkenn said. “You know, it’s the fresh air. It’s the time out in the woods. It’s the snowshoeing. It’s the exercise.”

The trouble is about 12,000 other people in the Fairbanks area burn wood, too. Many buy it by the cord to heat much larger homes. On a cold winter day, when an air inversion sets in, smoke is trapped in low-lying neighborhoods for days or weeks.

Fairbanks has some of the dirtiest air in the country, in large part due to smoke from wood stoves. Wood smoke is a serious health threat. It emits high levels of fine-particle pollution that can be inhaled deep into the lungs, exacerbating respiratory problems like asthma, and increasing the risk of premature death from heart attacks and strokes.

In 2015, the U.S. government required that newer models of wood stoves perform better and has spent millions of dollars to subsidize the transition away from older models. Now, an investigation by state environment officials is revealing a critical flaw in that plan: The latest stoves might not be any less polluting than the previous ones.

“We pulled the test reports that are supposed to be publicly posted and we compared — did this certification report meet all the rules? And we couldn’t find any that actually met all the rules,” said Cindy Heil, an air quality official with Alaska’s Department of Environmental Conservation. “So, that’s a problem.”

An association of New England air regulators called NESCAUM retested about a dozen new-model wood stoves in their own labs. They were not able to reproduce the certification results. Some stoves fell short of the standards set in 2015. One produced so much pollution that it wouldn’t have met the U.S. Environmental Protection Agency’s first-ever standards from 1988.

The Alaska DEC and the New England air regulators group conclude in a new report that the certification procedures and EPA’s oversight of them are a “systemic failure.”

As long as the stove review process continues virtually unsupervised, they say, substandard stoves will slip through and people who live with the pollution will continue to get sick and die early, not just in Fairbanks but around the country.

Fairbanks resident Patrice Lee has been campaigning for cleaner air for 14 years, ever since her son, who was born with heart defects, collapsed outside his school, Lathrop High, on an especially smoky day.

Lee says millions of dollars have been wasted trying to get people to burn wood more cleanly when it would have been better spent switching them to another fuel.

“We have a whole generation of young people who may never achieve their full lung capacity, or even potentially their cognitive potential because they’ve been breathing this smoke,” Lee said.

Lee says the problem isn’t just stove technology. Wet wood sends more particulates up the smoke stack, so Fairbanks is steeped in public service messages about how to split and store firewood. A new kiln in town dries firewood for three days before it’s offered for sale. The Woodway stove dealership offers classes every Saturday to ensure residents know how to operate their stoves for minimal pollution.

And yet Lee can drive around her city on a cold day and see chimneys emitting thick plumes.

“This house right here is a habitual offender. Just burns and burns and burns,” she said, pointing out a home in an older neighborhood. An air sensor nearby, on the porch of an 86-year-old woman, regularly registers the worst readings in Fairbanks, Lee said.

Lee doubts the problem will be solved in her lifetime. The attempts to clean up Fairbanks’ air are a story of half measures, technology that didn’t pan out, administrative blunders and political resistance. It’s also been hard for many to accept that burning wood — an activity that seems so wholesome and close to the land — should be subject to intense regulation.

Lee says her neighbors are nice people who believe that what they do on their property is their own business.

Only about 4% of residential heating in the U.S. is from wood. But that wood heating is responsible for more particulate pollution than any other source: 22%.

People in Fairbanks have limited options. Most residents who have wood stoves use them to supplement another heater — typically one that burns oil. But oil costs more. Propane doesn’t perform well in extreme cold. A new utility is trucking natural gas to Fairbanks and piping it to homes, but it’s not available everywhere and residents say the initial cost is steep.

With those factors in mind, the state of Alaska has spent about $12.5 million in EPA grants to replace older wood stoves with newer ones in Fairbanks. It has about $15 million more available to spend on wood stove programs.

New stoves have to comply with a 2020 federal emissions standard for fine particles of 2 grams per hour.

The EPA has approved certifications for hundreds of wood stoves said to meet the tougher standard. But Alaska allows only a few dozen of them to be sold or installed in the Fairbanks area. Cindy Heil, the DEC official, says with the testing gaps, the state can’t be sure an EPA-approved certified stove actually complies.

“Right now we’ve made compromises and have left some things on the list that we still have concerns on — because we need to have something on the list,” she said.

The EPA is reviewing complaints about the certification program and said it could revoke approvals for stoves and test labs if appropriate.

“Having wood-burning devices that are not meeting the standards is problematic for homeowners, as well as for communities and states working to meet the National Ambient Air Quality Standards for [particulate matter],” the agency said.

Crouch said he was not surprised a second lab can’t reproduce the same results.

“This is fire. Fire is pretty random,” he said. “And these are in the laboratory. You can imagine when you get out into the real world. It varies a lot.”

As Crouch sees it, the problem is that many Fairbanks residents are still using stoves that don’t meet any EPA standard.

Area residents have sent hundreds of older stoves to be crushed in change-out programs, but as many as 2,000 may still be in use, according to state regulators.

A company called Blaze King produces some of the most popular wood stoves in Fairbanks — black boxy things with catalytic converters.

Blaze King Vice President Chris Neufeld says back in the 1970s, it was common for a wood stove to emit 60 grams of fine particles an hour — far above the current two gram per hour standard.

“I would say that all these stoves — everything that our industry is currently [making] — is exceptionally clean-burning,” he said.

One Blaze King stove series did not make Alaska’s approved list for the Fairbanks area, even though it was certified by the EPA. Neufeld said it’s because the Alaska DEC added a metric he considers arbitrary: A particulate limit of six grams for the first hour when stoves burn less efficiently.

Having a first-hour standard is like judging a car by how many miles per gallon it gets driving uphill, he said. Anyway, he suspects a testing fluke.

“If the wood fell just the way it was intended, it probably would have been like some of the other stoves that were below one gram per hour in the first hour filter-pull,” Neufeld said. “We just got a bad run.”

Paul Miller, the executive director of the group of northeast U.S. air associations, said wood stove testing is a “backwater area for EPA.” He said the agency had not double-checked a stove certification in decades.

“It’s like having your car out there and EPA never going back to check to see if one of these millions of cars on the road actually performed as certified by the automaker.”

Reporting expenses associated with this story were paid by Floodlight, a nonprofit environmental news collaborative. It was also published in the Guardian. 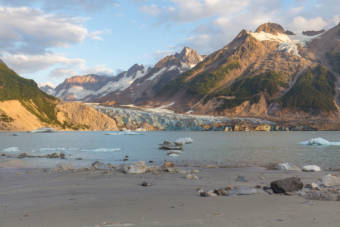 This could pose challenges for raft trips and fishing in Glacier Bay National Park. 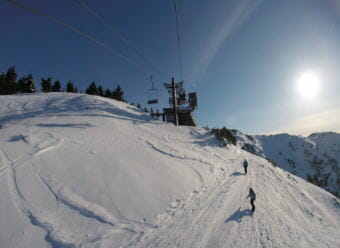 The extra two days of operation is in appreciation of all their guests and regulars that enjoyed the mountain this season.