The federal court system will likely decide the fate of Tundra Ridge Road, also known as Polk Road or Uamuralria Drive, in Bethel. The State of Alaska filed an action of eminent domain to condemn part of a Native allotment for the road.

The Alaska Department of Transportation wants to pave a road that passes through a Native allotment owned by the Polk brothers: Warren Polk, Earl Polk III, Vincent Polk and Jason Blaine Polk.

The DOT said that it made offers to purchase the land from the Polks at least seven times since 2005. Their most recent offer was $99,400 for about 2.4 acres, which is the amount that the Polks would receive if the state took the land by eminent domain. Warren Polk, one of the landowners, said that the amount is too low to be a respectable offer. The department claims that it never received a formal counteroffer.

DOT is determined to build this road because it said that there exists a “risk of life, health, and safety” to residents of the Tundra Ridge and Uiviq subdivisions. Currently, there is only one road for emergency services to reach those neighborhoods. The department said that paving Tundra Ridge Road would open up a second access point for those subdivisions, provide residents there with a shorter drive to the airport and remove traffic congestion from downtown Bethel.

The Bethel City Council passed a resolution opposing the state’s plans on March 9. They said that the state should take an alternate route around Hangar Lake, circumventing the Polk family’s property. Council members opposed the state taking private Native allotments by force. City Manager Pete Williams said that the DOT’s proposed route doesn’t even meet the state’s own objectives.

“Bethel’s kind of outgrown the purpose of this road,” Williams said. “This road that’s currently proposed is going to cause a lot of problems in Tundra Ridge.”

Williams said that with Bethel’s population growth, the DOT’s proposed route would funnel too many vehicles into Tundra Ridge Subdivision, which is not built to handle that traffic. This is not the first time that the city has given the state this warning. It passed resolutions in 2016 and 2018 advising the DOT to go with the longer, alternate route.

The DOT said that the alternate route causes damage to five additional acres of wetlands and would cost $5.8 million more. Plus, the state has already invested in the proposed route, buying up five properties for it. For the alternate route, the DOT said that it would need to purchase approximately 10 additional lots that could run into the same issues as the Polk allotment.

In response to the state filing an action for eminent domain, attorneys for the Polks wrote that the state does not have a claim for condemnation. Among their arguments is that the state can achieve its objectives without taking the Polks’ property. They also said that the state is not taking the minimum amount of land necessary and that it is not offering “just compensation.”

The next court hearing for the State of Alaska versus the Polks has not yet been scheduled. 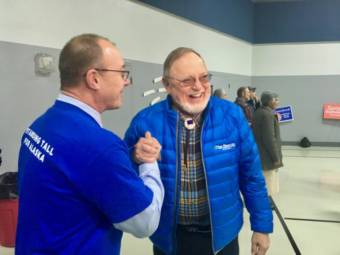 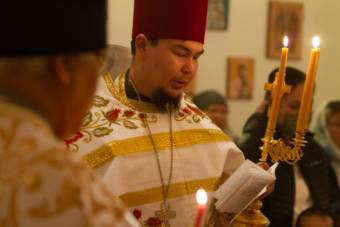 For Orthodox Christians, Pascha commemorates Jesus Christ’s resurrection from the tomb, three days after he was crucified, died, and was buried. 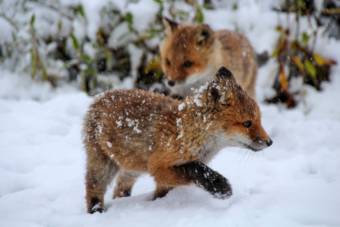 Rabies returns to the Y-K Delta

Four dogs have been euthanized after contact with rabid foxes.