Community members have another chance to weigh in tonight on the potential transfer of Tongass National Forest land to five new urban Native corporations.

That bill sought to amend the landmark 1971 Alaska Native Claims Settlement Act and grant 23,040 acres each to five new urban Native corporations in Petersburg, Haines, Wrangell, Ketchikan and Tenakee. It did not pass Congress last year, but Alaska’s Congressional delegation is expected to introduce it again this year.

Assembly member Jeff Meucci thought the assembly was getting ahead of the process by taking comment on legislation that has yet to be proposed in a new session.

“The legislation that was introduced last year didn’t make it as far as people would like it to,” Meucci said. “You know there was lots of concerns with that legislation from a lot of people we heard from when we had, I don’t know if it was a community meeting, but we had a lot of public testimony.”

The assembly in November voted to send a letter seeking more time to review the bill but has not taken a stance on it, for or against. Supporters and opponents have been making their arguments to the assembly for over a year. The bill has been introduced before but the version last session was the first to identify specific land selections that could be transferred.

“This is the start of gathering official public comment and the way I understand it, the way it stands now, the legislation and the maps will be reintroduced, potentially just like they are if there is no objection,” Jensen said. “So the maps are not set in stone. The wording in the legislation is not set in stone. And you’re right it hasn’t been reintroduced, so it is kind of … the document we would be working off, people should be working off of, in my understanding, is what was introduced last year.”

Jensen thought the legislation might be reintroduced in May or June. Supporters of the bill say the new corporations would look for economic development potential on the lands other than logging and say public access for hunting and fishing would continue. The bill as drafted would require the lands to remain open to subsistence hunting and fishing but would also allow a new urban corporation to restrict access in certain cases.

There was opposition in Petersburg last year to some of the specific parcels as well as to the idea of transferring land, forest roads, log transfer facilities or recreation cabins from the national forest.

Assembly member Taylor Norheim would qualify as a shareholder of the new corporation and supports it.

“Maybe you want the federal government to own this land still and keep it public, although the tribe has said that they’re not going to keep people off the land, that over one third of all federal land in the United States of America is in Alaska,” Norheim said. “That’s a lot of land. I don’t see a real problem with putting a little more land out of the federal government’s control and into the hands of let’s just say the people who were here first.”

The bill and land selection maps are posted on the borough’s website.

People can call into the work session to offer testimony at 1-800-954-0633 starting at 6 p.m. Written comments can be emailed to assembly@petersburgak.gov 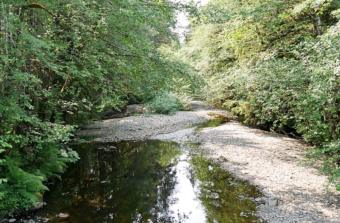 Legislation introduced by Alaska’s congressional delegation this fall would grant over 23,000 acres each to five new urban Native corporations, in Petersburg, Wrangell, Haines, Tenakee and Ketchikan. 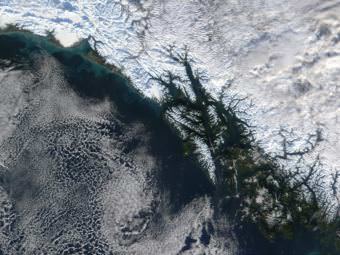