Most of the Northwest Arctic village of Selawik has seen power restored after an outage on Feb. 14, state emergency officials say. The outage impacted dozens of homes as well as the water treatment plant, resulting in the village declaring a local disaster last week.

Officials say the school and water treatment plant are running on back-up generators.

In a Facebook post, village tribal administrator Tanya Ballot says the village expects to get a replacement part for the local AVEC power plant on Wednesday. She says several AC stores in the region have been donating gallons of water that the tribe will continue to distribute to homes this week.

The community has seen support from several villages in the region. Kiana tribal administrator Ely Cyrus says both his village and the village of Noorvik held food drives for Selawik. Some of the water was donated by the Kiana AC store, which Cyrus flew to the village last week. Additionally, the NANA Regional Native Corporation also donated water.

As workers continue to work on restoring power to Selawik, Ballot recommends locals use as little power as needed. 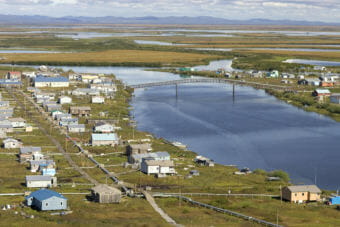 While many residents said they have a secondary heat source at home, four families stayed overnight at the local school. Selawik officials have ordered a temporary water supply from Kotzebue.