Murkowski says she typically makes a few regional stops when she’s in the state’s capitol for the annual legislative address. This year she said there was no doubt Haines would be a destination.

“The snow and the ice and the rain are not allowing for an in-person visit. So I’m particularly disappointed that I wasn’t able to just be sitting down and listening to the residents, being able to see for myself some of what you’re still dealing with,” Murkowski said.

The senator’s visit coincided with President Joe Biden’s approval of the major disaster declaration in Southeast Alaska. Murkowski says it will help Haines, but it’s not clear yet exactly how.

“It’s welcome news. What we know it will do is open up avenues of support at the federal level that that you’ve not been able to access. So what exactly that means for the community of Haines yet, is what, working with FEMA, the mayor and the city will be looking to understand,” she said.

The weather disaster in Haines is not the only hardship the region faced last year. Murkowski said she is pursuing ways to aid the hard-hit tourism sector, including exceptions to the Passenger Vessel Service Act that keep large cruise ships out of the state this year.

“It is not looking as optimistic as we would like. We have been pressing the Canadian government on this to try to allow for, not exemptions, but just  let’s work some processes,” she said.

Murkowski also said President Biden’s $350 billion dollar pandemic relief proposal is too large. She says she would rather see targeted, need-based spending. But she says she supports additional federal financial aid for states and municipalities to spend.

Alaska has lost a greater share of revenue than most states due to COVID-19.

“There is ample evidence as to why additional relief is necessary at the state, local and tribal level,” said Murkowski.

Murkowski says she may have been weathered out of Haines this week, but it won’t be her last attempt at a visit. She says Haines will be on the schedule again … hopefully in person and in a post-mask era. 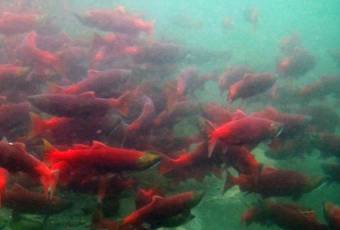 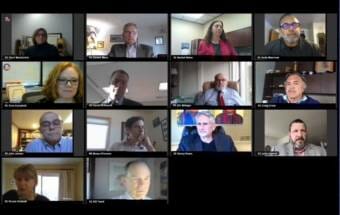