The Two Rivers musher has competed in the race every year since 2001, notching three second-place finishes in a row, winning a record six humanitarian awards and drawing crowds of fans to the event. In 2000, she became the first woman to win the 1,000-mile Yukon Quest.

Now, Zirkle says, she’s about ready to take it a little easier.

She posted a retirement letter on her kennel’s website Thursday evening.

“I don’t want you to think that I’m just up and quitting,” wrote the 51-year-old musher. “My retirement has not been a quick decision.”

In a phone interview Thursday night, Zirkle said she has always raced the Iditarod to win. But the competition is so physically and mentally demanding, she said, and she knows she won’t be able to give it 100% much longer.

“I know what it takes to win and, in the next few years, old Aliy Z. ain’t going to have it,” she said. “So I might as well hang it up before I don’t have it anymore.”

Zirkle was born in New Hampshire, and moved to Alaska in her 20s. She adopted a few Alaska huskies, built a dog sled and, eventually, she started racing.

“It’ll be 24 consecutive 1,000 mile races every year, for 24 years straight, coming this March,” she said. “Which means, you know, I don’t really take a lot of downtime.”

Zirkle runs SP Kennel in Two Rivers, outside of Fairbanks, with her husband, Allen Moore, a three-time Yukon Quest champion. She said they’ve talked a lot over the past two years about retiring from the all-consuming sport.

“It’s the best time, it really is,” she said. “Allen and I are both, you know, footloose and fancy-free and young enough to maybe go do a few different things.”

But before they do that, Zirkle said, she’s focused on this year’s Iditarod. The goal is to finish in first place. That’s been her dream for so long.

“That’s what I want to do. I want to do that one more time, give it my best shot to win,” she said.

Zirkle said what she’ll miss the most about the Iditarod is the people.

“You know, mushing into the little village of Golovin, and having people hand me a cup of hot coffee and say, ‘Aliy, we love you.’ I mean, that’s what I’m going to miss,” she said.

As for what slowing down looks like, Zirkle said, she doesn’t know for sure quite yet. She and Moore plan to continue living in Alaska. But, she said, they might take more time to travel or, at least, to sit down to have a cup of coffee. Whatever it is, it will still involve dogs.

“I’ve never been on this earth without having a dog by my side,” Zirkle said. “And I imagine it’ll be that way until the day I die.” 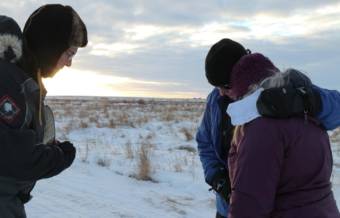 With the pandemic still going and the courthouse closed, wedding planning took a different spin. 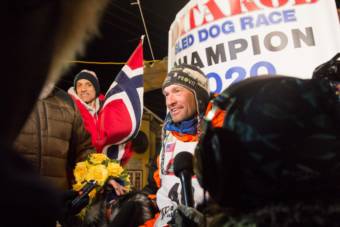 'A really tough decision': The 2021 Iditarod won't end in Nome, but local leaders and mushers understand

The COVID-19 pandemic caused the Iditarod race organizers to create an altered route, one that goes through mostly unpopulated checkpoints. 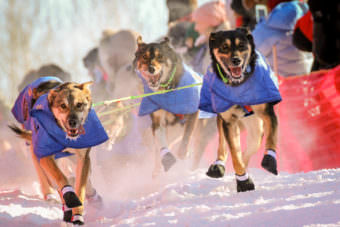