The Anchorage Assembly unanimously dismissed a resolution Tuesday to reprimand Assembly member Jamie Allard for being in “breach of the public trust” by defending two Nazi-themed license plates online.

The resolution acknowledged there is no clear path for the Assembly to request an ethics board review of a member’s actions and called for a review of the municipal ethics code.

Assembly member Crystal Kennedy, who proposed throwing out the resolution, argued it wouldn’t accomplish anything substantive. A few members said they didn’t think the Assembly was the right group to weigh in on another member’s actions. Allard said she hadn’t violated any ethical codes, and said Zalatel was pushing a “hyper-political agenda” and “wasting time” with the resolution.

Ultimately, all ten members of the Assembly, including Zalatel, voted to postpone the resolution indefinitely. In an interview, Zalatel said she expected the outcome but was glad to open a broader discussion on codifying acceptable social media conduct for Assembly members.

Also at Tuesday’s meeting: The Assembly heard several hours of testimony on transitioning the city’s mask mandate from an emergency order to regular city code. It would have provided a more robust process for enacting a mask order, one that involved assembly discussion and public input rather than a unilateral decision from the acting mayor.

Most testimony opposed any mask order. The assembly ultimately voted to throw out the ordinance, and the emergency order remains the vehicle for the mask mandate. 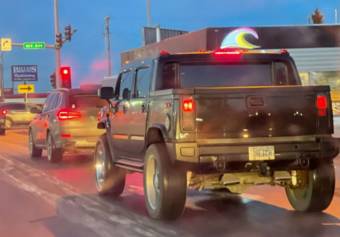 Jamie Allard made comments on Facebook arguing that both “fuhrer” and “reich” are simply German words with no offensive connotations.