Content warning: This story features sensitive subject matter.  If you need to talk with someone while reading this or need help, here are some resources.

If you are outside of the Bering Strait region, visit the Alaska Network on Domestic Violence and Sexual Assault website for a list of resources.

Hundreds of sexual assaults have been reported in Nome over the last 15 years, but few have brought arrests and even fewer convictions.

There are a number of factors that make it hard to investigate and prosecute sexual assault cases. Some survivors think law enforcement doesn’t prioritize these kinds of crimes, especially when the victims are Alaska Native.

A National Native News analysis of Nome’s 300 plus sexual assault cases reported between 2010 and 2017 shows that only 25 of them went to court.

After 2020 saw unusually high numbers of sexual assault reports, Nome police say they’re working to address this and arrest more suspects. They are also finishing an audit of 460 sexual assault cases going back to 2005.

Nearly 65% of Nome’s population of roughly 3,700 is Alaska Native. There were 372 sexual assaults reported to the Nome Police Department between 2008 and 2017. Thirty of them resulted in arrests. The majority of those sexual assault cases involved Alaska Native women.

Darlene Trigg, an advocate for Native women and longtime resident, said statistics like that don’t surprise her.

“As an Alaska Native woman, do I feel safe in this community? No, I do not feel like I can partake in all of the things that our community has to offer, safely,” Trigg said. “I limit my interactions in this community, I make sure that I don’t put myself in a situation where something unsafe might happen.”

Trigg said she doesn’t feel safe walking alone in town after dark and she limits her daily interactions in public. Trigg is a sexual assault survivor herself. She said her attacker was not prosecuted and still lives in Nome. Trigg said she didn’t report her assault and she “didn’t experience any justice.”

Historical trauma is defined by Dr. Maria Yellow Horse Brave Heart as the “cumulative emotional and psychological wounding over the lifespan and across generations, which emanates from massive group trauma.”

There’s a longstanding distrust of law enforcement within the Native community, rooted in unfair treatment, or the perception of unfair treatment, for generations. It leads people to be less likely to report crimes.

“I know that’s why there is such a disconnect of people understanding historic trauma and domestic violence, why it plays in the way we think about who we are, where we come from,” Koweluk said. “I just remember in grade school not wanting to admit that I ate Native food because the kids who came from the village were always put aside and treated differently, so you never claimed it (being Alaska Native).”

Chief Mike Heintzelman said there’s some indication that the department’s recent efforts to build trust with the community might be working; reports of sex crimes in Nome last year were particularly high. At the end of 2020, over 120 sexual assault cases had been reported. Heintzelman said almost all of those cases involved Alaska Native perpetrators and Alaska Native survivors.

“If the trend continues, we’ll be in excess of 130 cases for the year, where 88 were reported last year (2019), and that was a record high,” he said in October. “But I am really hoping that a lot of this has to do with people who are more comfortable with coming to the Nome Police Department, knowing that the case will… be given the due diligence that it should be. We have things in play right now that make us more efficient and checks and balances that will make sure that the case doesn’t go missing.”

Officers and police leadership see frequent turnover in Nome, with many in recent years staying for 12 months or less. Further, Nome’s seven patrol officers have the option to work on a “two-week-on, two-week-off” schedule. This enables officers to spend their off-time away from Nome.

In a high-profile case from 2017 that garnered activists’ criticism and media attention, Clarice “Bun” Hardy, a former Nome police dispatcher, reported her sexual assault to officer and co-worker Nicholas Harvey.

Hardy claimed Harvey did not follow up on her case, nor did the Police Chief at the time, John Papasadora. Two years later, Hardy joined the American Civil Liberties Union in filing suit against the City of Nome, Lt. Harvey and Chief Papasadora alleging they mishandled her rape claim. That lawsuit is currently working its way to trial.

Data shows numerous sexual assault cases were unresolved and piling up at the department over the last few years until 2018. That fall, then-Police Chief Bob Estes started an audit of 460 cases dating back to 2005. Estes left the department a year later with the case-audit still in progress and to this day it is still not complete.

In a region where sexual assault rates are the highest in the country, District Attorney John Earthman is the city’s lone prosecutor. He has one of the highest caseloads in the state. A report made two years ago to the Alaska Legislature by Alaska’s Criminal Justice Commission states that in 2017, the per capita rate of sexual violence incidents reported to law enforcement was 106% greater in Western Alaska than the statewide rate. Western Alaska’s rates were the highest of any geographic region in the state, including urban areas.

Some survivors in Nome said they chose not to report their own trauma for many reasons, including lack of support or little accountability from law enforcement.

“What’s difficult, though, is when you’re dealing with a criminal statute of sexual assault, without consent has a very specific definition … without consent means with or without resisting. Basically, the victim was forced, or that this happened because they were threatened,” Earthman said.

According to state statute, the burden of proof is on Earthman to show the offender used force, implied or otherwise, to have sex with the victim and that the accused was mentally aware they didn’t have consent from the victim.

For Nome, arrest rates for sex offenses since 2008 follow statewide trends, but the conviction rates have been a lot lower.

No audit, no acknowledgment

As Chief Estes departed Nome, a new city manager, Glenn Steckman assumed leadership in the fall of 2019. Concurrently, the City Council commissioned an outside management and evidence audit of the Nome Police Department to be conducted by Greg Russell Consulting.

Steckman told the public during a November City Council meeting to expect results of the audit from Russell Consulting, LLC in a couple of months. As of the publishing of this story, that audit of NPD has yet to be released by the consulting firm. Greg Russell said his workload and COVID-19 have delayed the finalization of this audit.

Regardless of the results of that audit, advocate Darlene Trigg said that the lack of action on scores of cases with Alaska Native victims by NPD needs to be acknowledged so the community can move forward.

“Well, it’s necessary. That’s the truth. You know? Some level of acknowledgment that harm has been done is probably not something that an attorney would want the city to do,” Trigg said. “However, there are people who are owed that in this community who are, you know, lost in their own trauma response because of the way that they were treated and their families, and their livelihoods and their … ability to walk in our town in a healthy, safe way is forever changed.”

The current city administration said they’re less interested in looking back in the “rearview mirror” and would rather make improvements for the future. Steckman said he, Chief Heintzelman and several of the newer Nome police officers were not part of the past mistakes. That said, the city manager said a rebranding of NPD is in the works.

“You know, from potentially what our uniforms look like, to what our badges look like. And, you know, how we initiate that … we’re still working on the details,” Steckman said. “And we mean a true rebranding, it’s not just doing a facade. And that’s why we are encouraging training.”

‘We need to fix our humanity’

One of Nome’s newest officers, Scott Weaver, is undergoing this training. He is an investigator hired to finish the department’s audit of the cold cases going back to 2005. After only being here for two months, Weaver said he feels the community’s pain.

“I just took a sexual assault case, it’s an old case a couple days ago from a mom and dad who was reporting a child that was you know, abused,” Weaver said. “And you know, both of them, mom and dad in tears, thankful for me just taking it. And running with the case, and I think it’s just, they’ve had a bad experience.”

He added, “I can see some of it in the cases. You know, I can understand why. I have empathy for their hurt, and I want to fix any injustice. I can stand up and say, ‘I’m not responsible; I wasn’t here.’ Sure, I could take that cop-out, but I am here now and I can do something.”

Council member Jennifer Reader, one of two women on the local city council, said increasing Nome’s law enforcement is not the way to increase the arrest and conviction rate for sexual assaults.

“I wholeheartedly believe that our community has a humanity problem,” Reader said. “We don’t have a policing problem. We do not need police to tell us what to do, the right thing to do. We don’t need that; we need to do the right thing. And that’s not what’s occurring right now. No policeman on this earth is going to be able to change that. So, we need to fix that. We need to fix our humanity.”

This story is part of the “Seeking Protection, Wanting Justice” series by  Alaska Public Media and KNOM, with funding in part provided by the Alaska Center for Excellence in Journalism. 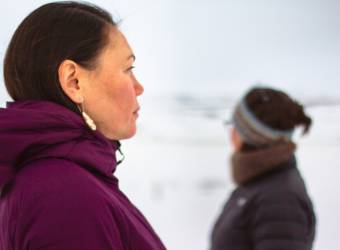 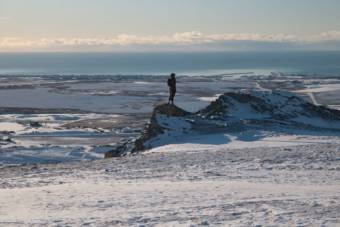 The second in a five-part series called “Seeking Protection, Wanting Justice” that explores the community dynamics around sexual assault in Nome — and efforts by law enforcement to heal long-standing mistrust within the Alaska Native community.