In December, a rare bird was spotted in Haines Junction in Canada’s Yukon Territory, just north over the border from Haines and Klukwan in Alaska.  This is both exciting for the Canadian birders who saw it, and also one small clue in a wider pattern of change.

The hawfinch is usually found in Europe and Asia. It winters in Japan. From time to time it will wander into far western Alaska — in the Aleutian or Pribilof Islands. There’s a record of a couple sightings in Anchorage.

But the hawfinch sightings in Haines Junction, population 600, are a first for the Yukon Territory and a first for Canada.

“Birders call that a ‘life bird’ or a ‘lifer,'” said Cameron Eckert, the director of the Yukon Bird Club. In early December he got a call from a backyard birder with the suspected sighting.

“Myself and a number of other birders you know, mounted a search to try and track down this record,” he said. “The trail went cold till about two weeks later, when another local birdwatcher in Haines Junction saw a bird that she didn’t recognize in her yard.”

It took a handful of drives from Whitehorse to Haines Junction, but he and a group of other birders finally saw the hawfinch and identified it with some photographs. He says it seems to be wintering in Haines Junction and will likely depart in the spring.

Hawfinches have a quiet call, but Eckert and the birders didn’t hear it. He said their excitement drowned out any song.

“What it sounds like is the sound of about 50 birders getting really excited because there’s a new bird in town and they’re going to see it! That’s mainly what we heard, was the ‘hoorays’ when we finally spotted it,” he laughed.

Why this hawfinch ended up in the Yukon Territory is uncertain, but Eckert says paying attention to these sightings is still important.

“Any individual sighting might just seem kind of fun, and, you know, somewhat inconsequential. But over time paying attention to patterns, we can see changes and shifts in bird populations, as they occur over the course of weeks, months, years, and even decades. So what may seem like just a random occurrence, over time, you can start to see patterns,” Erckert said.

Eckert isn’t sure yet how this hawfinch may fit into any larger trends. But he says it’s worthwhile to keep track of the biodiversity that’s in your own backyard. You never know when you might spot a lifer. 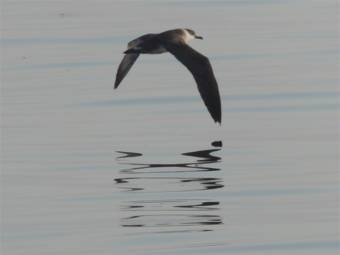 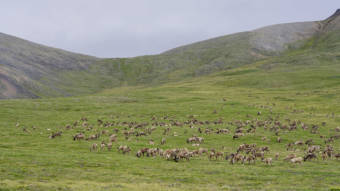 The missed deadline effectively kills the corporation’s proposal to use seismic exploration to search for oil in part of the Arctic refuge’s coastal plain this winter. 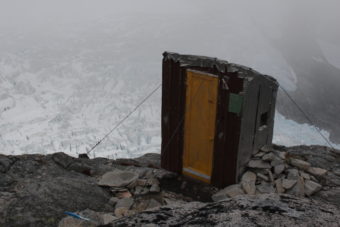 'Something just immediately bit me in the butt': Haines woman survives outhouse bear

Biologist Carl Koch believe Shannon Stevens might be the only person this has ever happened to.