In recent months, burglars have stolen Toyo stoves from homes and nonprofits in Bethel. Police are encouraging everyone to record their stove’s serial number in case it’s taken.

At the end of September, Bethel Community Services Foundation was broken into. After an employee noticed a busted lock on organization’s shop, they found that a Toyo stove was missing, but nothing else.

“The only hope I could have was that if somebody took an item like that, it was, you know, to keep their family warm or something like that,” she said. “The second time that we were stolen from, I knew that wasn’t the case.”

The week after the first theft, a second break-in happened at a different BCSF building. Again, only a Toyo stove was missing. But this time the nonprofit had prepared by setting up cameras around its buildings. Unfortunately, mother nature got in the way.

“At the time that the person came in and stole the Toyostove, there was, like, a heavy dew,” DeWitt said.

Images show a thief exiting the building with a Toyostove, but dew on the camera lens blurred the person’s face.

Believing it had lost its chance to recover the stolen stoves, BCSF shelled out nearly $5,000 to replace them. After that, DeWitt didn’t hear much about Toyostoves for a while.

“Several weeks later, maybe even months later, I finally received a phone call that somebody thought that they had identified one of our stolen Toyos,” DeWitt said.

The call came from Lucas Salzbrun, a Toyo dealer and mechanic in Bethel. That week, one of his customers had brought in two Toyos to be repaired. But there was something fishy about them. For example, one of them looked to be newer, but the oil line was cut.

“It’s something you would do if you were trying to get it out in a hurry,” Salzbrun said.

On top of that, Salzbrun’s customer told him that the stove had been purchased from someone who was not one of the three authorized Toyo stove dealers in town.

“And so I kind of got to thinking like, ‘Hmm, I wonder if that stove in my shop is, you know, was purchased legitimately?’” Salzbrun said.

A few months prior, BCSF had let him know about their stove thefts. Putting two and two together, he called DeWitt and asked if she had recorded her Toyostove’s serial number before it was stolen. She had.

“And it just happened that this one in my shop matched up with the stolen serial number,” Salzbrun said.

The police arrived and took the one Toyostove to return to BCSF, but there was no evidence that the other one was also stolen. That left Salzbrun with a possible stolen stove and an uncomfortable conversation with his customer.

“It was super awkward,” Salzbrun said. “I settled with the best thing to do was just to return the other stove and discontinue our business relationship.”

Police Chief Richard Simmons said that five Toyostove thefts have been reported since September. The thefts have targeted organizations like BCSF and the Bethel Independent Baptist Church, but also private residences, mostly around the Avenues neighborhood.

Police have made one arrest and are following leads in the other cases. Simmons would not say whether the thefts were related, citing ongoing investigations, but he did say that thieves often steal one type of commodity over and over again.

“To find a bad guy that finds a niche that they’re comfortable with, that’s not uncommon,” Simmons said. “Because once you specialize a little bit, you get better at it.”

Stealing Toyostoves is not an easy task. The stoves weigh between 50 and 90 pounds, and they’re not something you can just run in and grab. Grant Fairbanks, another Toyo dealer and mechanic in Bethel, said that it takes at least 15 minutes to detach one from the wall without damaging it.

“It seems like a long time for somebody to be in somebody’s house and not worry about getting caught,” Fairbanks said.

In some ways, though, Toyo stoves are the perfect commodity to steal. They’re expensive, and many people need them. Plus, even if a stolen one is found, you have to prove it’s yours by providing the serial number. Salzbrun said that most people, understandably, don’t record that.

But with a rash of Toyo thefts, Simmons recommends that everyone record their serial numbers and call police immediately if an appliance is stolen. He also asks that neighbors keep a watch out for each other, and take pictures if they see anything. 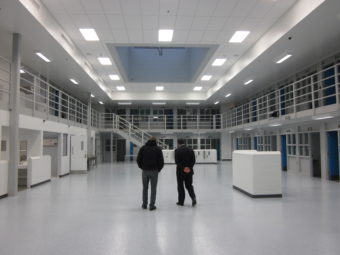 Over 40% of Alaska’s prisoners have contracted COVID-19

Frustrated advocates and families point to overcrowding in prisons, inconsistent precautions and a general lack of transparency from the Department of Corrections. 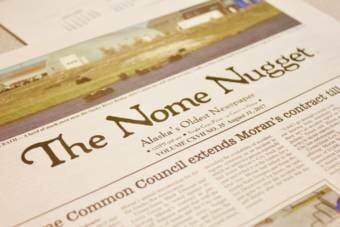 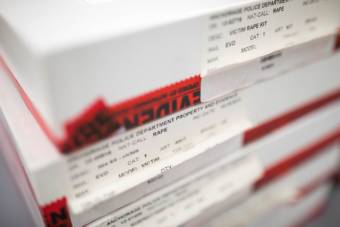 Alaska requires that DNA be collected from people arrested for violent crimes. Many police agencies have ignored that.

By failing to collect those DNA samples, law enforcement has left Alaska’s DNA database with crucial gaps, allowing at least one serial rapist to go undetected.