The lawsuit over Neiman Marcus selling a coat that bears a striking resemblance to a copyrighted, Alaska Native Ravenstail pattern is close to a settlement.

Sealaska Heritage Institute and the heirs of the late weaver Clarissa Rizal sued the luxury retailer in April. In addition to violating the copyright, they said Neiman Marcus violated the Indian Arts and Crafts Act by misrepresenting the coat as an Alaska Native craft.

In a joint filing in federal court, both sides say they’ve “agreed to the key terms” of a settlement and are just working on details. They think they’ll have it worked out by Jan. 29.

SHI President Rosita Worl responded to a request for comment by email. She didn’t share any particulars about the settlement.

“We are grateful for the amount of public attention this lawsuit and issue have received,” she said. “One of our goals was to put a national spotlight on this issue, and the widespread interest in this story indicates to us that the public is as concerned as we are about protecting our cultural heritage.”

Attorneys representing Neiman Marcus and a luxury brand based in Germany called MyTheresa.com that’s also a defendant could not immediately be reached for comment.

For unrelated reasons, Neiman Marcus declared bankruptcy in May, then worked its way out in September.

Correction: A previous version of this story misspelled Neiman Marcus. 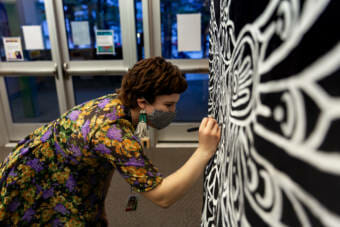 The school district has been working with community partners like Sealaska Heritage Institute, the Douglas Indian Association, and Goldbelt Heritage Foundation to foster the revitalization of Lingít language. 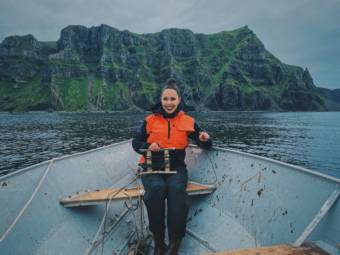 Can Indigenous subsistence rights still be protected in Alaska?

Subsistence, a practice which past generations participated in without question, has become a complex legal puzzle — "a very unsettled and unsettling [legal landscape] for Alaska Native people,” according to one lawyer who has spent decades working on subsistence cases. 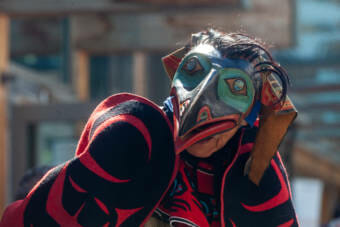 A ceremony in Juneau celebrated the first stamp ever designed by a Lingít artist and the importance of the design and its story to the people who live in Lingít Aaní today.