An Alaska-based theater company is putting a Tlingit twist on a holiday classic.

From the opening carol, viewers will notice a particular Southeast Alaska flavor to “A Tlingit Christmas Carol.”

Vera Starbard is the playwright-in-residence for Perseverance Theatre and adapted the story.

The production will be in five roughly 20-minute episodes, or “staves,” live streamed through Perseverance Theatre’s Facebook page and YouTube channel, each Friday until Christmas Day, Dec. 25. And available to rewatch until Jan. 7, Russian Orthodox Christmas.

As the first episode begins, viewers and theater patrons will recognize the story. Scrooge is a successful CEO of a Native corporation subsidiary in an unnamed town. He’s also a boarding school survivor – though Starbard said that element is intentionally subtle.

“I didn’t want to obsess on that, because I think that ultimately I didn’t experience that and I don’t have the right to tell you that story without someone who’s been there. But I did want to allow a look into that, and a look into our Scrooge is the way he is,” she said.

And Scrooge hates Christmas. Even when his niece Freda, played by Isabelle Star Lablanc, tries to invite him over to celebrate Russian Orthodox Christmas.

The character of EB Scrooge is played by Ed Littlefield, who’s Tlingit, and serves as the music director as well, Starbard said.

“He’s a wonderful Tlingit musician who just makes this absolute magic,” she said. “The songs started out actually very sort of Western Christmas … they started out a little bit more like what you think of Christmas music. And the further you get into the staves, there are more trinkets and there’s more delicate language and there’s more delicate sounding drums and rattles. You’ll hear some rattles. And there is just such a magical thing to hear sort of the familiar noises and a new kind of medium.”

The performances also give subtle nods to the present day, particularly the use of video-conferencing that’s seen a rise in popularity since the COVID-19 pandemic began.

The production’s critically acclaimed stage director Madeline Sayet is Mohegan and probably best known for “Where We Belong,” a solo performance written in response to her time in the United Kingdom studying Shakespeare.

The largely Native cast and crew includes representatives from a variety of tribes and nations – Yupik, Inupiaq, Osage, Metis Cree and more.

“We’re all bringing our culture and our values into how we’re creating this in the first place,” Starbard said. “And yes, that’s reflected in the story itself as an Indigenous person who wrote it. But you see it in the acting and the choices that are made for the music.”

Starbard said that Perseverance is a leader in the number of Native shows it produces.

“Perseverance Theater has definitely been trying to bring in Native culture, Native people, Native talent more and more and since 2014, 2015,” Starbard said. “One of their primary goals was to actually reflect the community. And it does sort of get this reputation as a very Native-friendly theater because by-and-large, Western United States theater or really just Western theater is not very open or friendly to Native people.”

Starbard said the access to other theater artists and communities also creates opportunities to change the industry.

“I love exploring and indigenizing the process of theater. So you have this very westernized process of ‘here’s how you build the play.’ If you can go in there and say, as Indigenous people who’ve been doing performing arts for thousands and thousands of years on this land, how have we built plays, how we got these performing arts piece’s and you start to actually attack just how you even get to the sort of finished product of a play that people are seeing. It comes out very different. And that’s where. The perspective of someone like Maddie will bring in is we’re not going to do this like everybody else, although at this point was in theater, I don’t think there are any rules at all.”

In the time of coronavirus, Juneau-based Perseverance will be offering performances virtually.

Starbard said the theater industry largely shuttered nationwide to prevent the possibility of spreading COVID-19. The shutdown left a lot of theater artists and writers out of work, but it also sparked a boom in online productions.

“If you have a whole bunch of creative people in the whole industry, they immediately, without hesitation went into, OK, now what do we look like?

Starbard said going virtual opened up more opportunities to connect with other artists, as well as offering productions to remote villages.

“We need also keep working on the Zoom or working on whatever technology comes out of it, because the accessibility of what we’re doing right now is so much more than what we’ve been able to do before,” Starbard said. “But I can now say, welcome to ‘Christmas Carol.’ You’re going to be able to this whenever you want from wherever you are, literally anywhere in the world. And that’s exciting for me.” 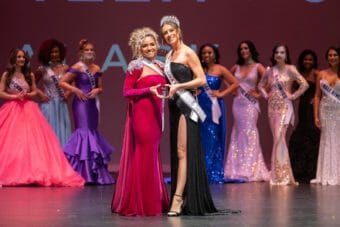