The federal government has finalized its agreement with a Colorado mining company to permanently seal a former uranium mine in Southeast Alaska’s Tongass National Forest.

The Cold War-era Ross-Adams Mine hasn’t produced uranium for nearly 50 years. But state regulators have been working to have the radioactive site on Prince of Wales Island cleaned up since the 1990s.

This fall the U.S. Forest Service finalized a plan for the Colorado-based Newmont Corporation to seal the former mine with concrete and haul away abandoned buildings.

That’s after state agencies and conservationists weighed in over the summer on the Forest Service’s proposed agreement. The federal agency says it appreciated the input, then marked the draft plan final.

“There were no changes necessary to the agreement,” said Linda Riddle, the federal agency’s coordinator for the project. She says the Forest Service isn’t legally bound to coordinate with other agencies because the mine is completely within national forest lands.

“But I am giving them the opportunity to follow the project along and provide a comment if they have any,” she told CoastAlaska. “But it’s more of an informal approach.”

The Alaska Department of Environmental Conservation wrote in comments it’s been working to address the contamination near Kendrick Bay since 1999. In comments to the Forest Service, it urged the agency to adopt the EPA’s five-year monitoring standard.

But under the agreement signed between the former operators and federal government, the site will be monitored by the company for only three years. After that all responsibility will shift to the Forest Service.

In a statement, DEC says it’s too early to tell how long the radioactive site will need to be monitored. That’ll be clearer after the work has concluded.

“The duration of post-remediation monitoring is a conversation that will play out over many years between the USFS, Newmont, DEC and stakeholders,” DEC spokeswoman Laura Achee wrote in a statement on Thursday.

Still, conservationists have criticized the Forest Service’s go-it-alone approach to cleaning up the site.

Sally Schlichting of the Southeast Alaska Conservation Council wrote in a seven-page comment letter that state and federal environmental regulators are better equipped than the Forest Service to address the complexities of reclaiming a former uranium mine developed in the 1950s.

The EPA indicated as recently as 2018 it should be more involved. But more recently, it’s deferred to the Forest Service’s authority but indicated it can still intervene if necessary. Riddle says the EPA doesn’t normally get involved with remediation projects like these.

“Now, if something comes to their attention that some concerns that we are not addressing, then they might get involved,” she said. “But barring that, they are not following this project step-by-step.”

The cleanup plan will likely require a permit from Alaska’s Department of Natural Resources to access state-owned tidelands. To date, no permits have been applied for.

The timeline of the project isn’t rushed. The cleanup plan is still in the pre-design phase. Actual work isn’t expected until 2023 — at the earliest.

Impetus for this project comes from a separate mineral exploration effort about a mile away from the Prince of Wales site.

Canada’s Ucore has been investing in rare earths exploration on Bokan Mountain. Cleaning up the radioactive waste will be key for the mining company to access Kendrick Bay where material and equipment is hauled in and out by barge.

The rare earths project is designed to mine for minerals used in high tech products like smartphones and flat-screen televisions. The Trump administration has made domestic production of these resources a national security priority.

But first, the toxic legacy of the former uranium mine — a national security priority from a different era — will need to be addressed. 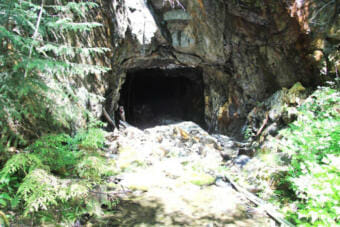 The federal government commissioned aerial surveys in the 1950s to find uranium deposits throughout Alaska to fuel the nation’s atomic reactors and build nuclear weapons. 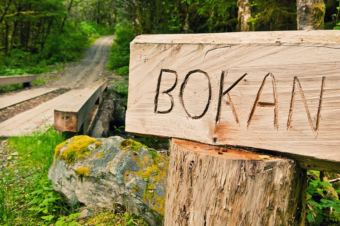