A new program in Anchorage is trying to get prisoners with substance abuse issues–a common cause of recividism–treatment quickly using a new, little-used drug called Vivitrol. But not all providers are convinced it’s the best option. 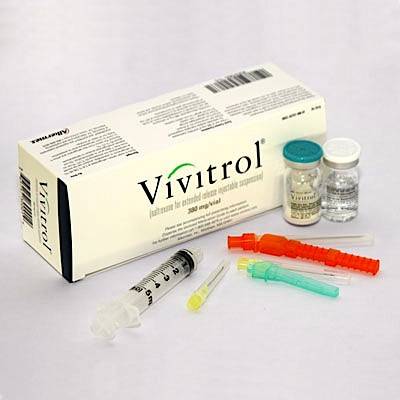 Vivitrol is a monthly injection that stops cravings for opiates and alcohol. If you use heroin or drink liquor while you’re on it, you won’t get high. Family nurse practitioner Jyll Green’s goal is to get people on the drug as soon as they leave the prison system.

“Keeping them on the Vivitrol calms down the brain so that they’re not constantly thinking about where’s that next hit coming from,” she explained.

Green says that way, they can focus on getting jobs, housing and treatment. As part of her doctorate program in nursing practice at the University of Alaska Anchorage, Green is working with the Partners Re-Entry Center to help people get the medication as quickly as possible. For those who have chosen to participate, she’s been able to get them the injection within two hours at her clinic.

Similar programs are popping up all over the country. Some are administering Vivitrol in jails, others in drug courts.

Fred Moses is a municipal judge in Hocking County, Ohio, a rural area in Appalachia with high heroin usage and limited access to treatment facilities. In 2012 he created a drug court where offenders were given monthly injections of Vivitrol along with drug abuse treatment and had to follow other court mandated requirements. Since then, 90 different people have come through his Vivitrol court. Only one has re-offended.

“These are not first time offenders. I’ve taken the hard-core users,” he said. “And what they tell me is, ‘I want to read a book.’ Why that’s significant is their brains are clear. They’re not going through withdrawal. They don’t have a need for a narcotic. So what we see is the treatment goes much better.”

Moses said the program is so successful that judges from around the country are visiting to learn more about it. One of his participants actually traveled from a nearby urban area and purposefully committed a crime so he could get help through the Vivitrol court.

Within three to six months on the drug, Moses said his participants have all of the narcotics out of their system. They are clear-headed enough to really respond to treatment and focus on the causes of their drug addictions.

“The shot’s a great tool, but the key is still treatment. And I won’t ever change my mind about that,” he said.

And that’s part of what makes it complicated. Green said people on Vivitrol who are not court mandated to use it, like the group she’s working with, have to be willing to get treatment at the same time and to come back to the clinic to get their shot again the next month.

“Vivitrol, if you don’t take the shot, well you can just go out and use again,” she said. “There’s no harm in coming off Vivitrol. It’s not painful (like with other drugs), you don’t feel anything, you just don’t go and get your next shot.”

Psychiatrist Aryeh Levenson has run an opiate addiction clinic for five years at Southcentral Foundation. He thinks Vivitrol works well for some patients, but it has limitations. People have to detox before they can use it, which scares some people away, and sometimes Vivitrol causes flu-like symptoms. But one of the biggest hurdles is that patients on Vivitrol don’t always come back.

“I think when folks are not craving or not experiencing a missing of the drug, there’s often a sense that ‘I’ve overcome this, I’ve cured my problem, I don’t need treatment anymore,’” Levenson said.

And then they relapse. So Levenson often uses another more popular alternative, Suboxone, which combines a synthetic opiate with another drug that also blocks the cravings. Levenson said he requires his patients receive substance abuse treatment and work on getting their life in order before he’ll give them another prescription.

“And for people who said they were willing and started on Suboxone and then did not follow through with their commitments, we did not continue giving them their Suboxone,” he says. “We had a very tight, as you might say, carrot and a stick approach.”

He says they also monitor Suboxone users to make sure they are taking the drug and not selling it on the street, which is a common problem.

Alaska Wellness Court Program Coordinator Jennifer Fredericks says that in the Alaska drug courts, they prefer to use Vivitrol or the pill form of the same drug, naltrexone.

“We have tried to work with participants who are on Suboxone, but we’ve found it difficult given how addictive that medication is.”

She says drug court participants on Suboxone often come to court high and that triggers the other participants. The program has only been using Vivitrol for about a year, so they don’t have data on success rates yet. But Fredericks says she sees positive changes, especially with young heroin addicts.

Because Vivitrol is so new, it’s unclear how long people have to use it. Recommendations range from three months to a year depending on the individual. Shots can cost around $1,000 per month or more, but can be paid for with some insurance and Medicaid.