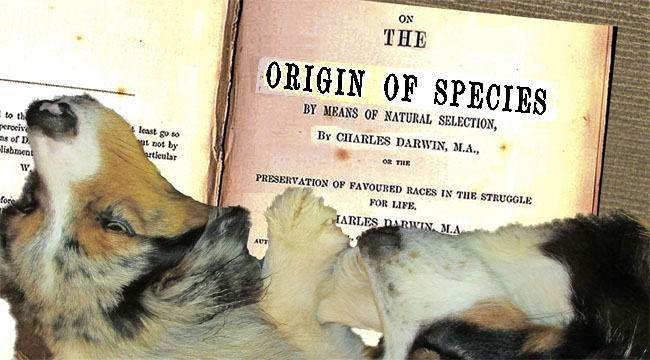 Charles Darwin proposed the theory of “natural selection” in his pioneering scientific book “On the Origin of Species” which was published on this date in 1859. Gavin and Wyatt explore the biology of their canine species in evolutionary history while John researches the origin of rock band name etymology. You are invited to listen to the “creation” of the show during its “evolution” toward “Origin of Species” on Crosscurrents, 11/24 at 8 a.m.