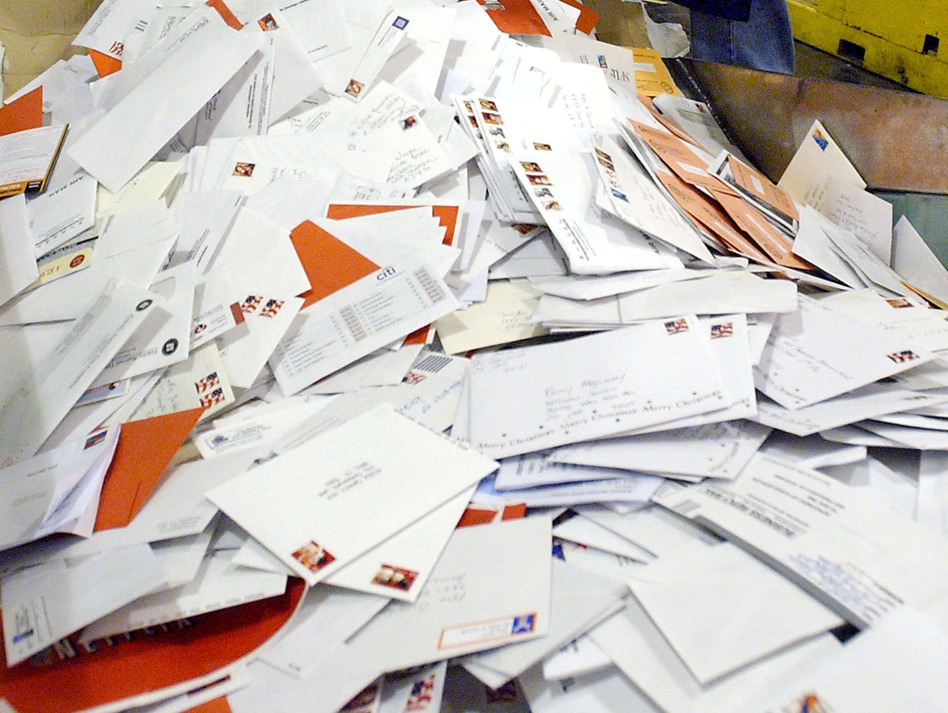 The head of the U.S. Postal Service has acknowledged that every piece of domestic mail is photographed for processing and that the information is sometimes made available to law enforcement, according to The Associated Press.

In an interview with the news agency, Postmaster General Patrick Donahoe says that exterior images of individual pieces of mail are snapped at some 200 processing facilities around the country primarily for sorting purposes, but that they’ve been used “a couple of time” by law enforcement to trace letters in criminal cases.

Donahoe appears to confirm a report by The New York Times last month that provided details of something called the Mail Isolation and Tracking program and a “longtime surveillance system called mail covers”:

” … Postal Service computers photograph the exterior of every piece of paper mail that is processed in the United States — about 160 billion pieces last year. It is not known how long the government saves the images.

Together, the two programs show that postal mail is subject to the same kind of scrutiny that the National Security Agency has given to telephone calls and e-mail.”

Donahoe tells the AP that the images are not collected in a single database nor are they kept for any longer than a week to a month.

“It’s extremely expensive to keep pictures of billions of pieces of mail. So there’s no need for us to do that,” he says.

Donahoe says that the most recent example of involved ricin-laced letters sent to President Barack Obama and New York Mayor Michael Bloomberg. The automated program was created after the 2001 anthrax attacks to track hazardous substances, he said.

“We don’t snoop on customers,” he says.

Copyright 2013 NPR. To see more, visit http://www.npr.org/.
Read original article
Postmaster: We Photograph Your Mail, But Not To Snoop