Alaska’s elected leaders — including Gov. Mike Dunleavy and the Congressional delegation — say we should produce more oil on the North Slope to make up for the ban on importing Russian crude.

But energy experts say it’s not so simple. Here are three reasons why:

Imagine you’re planning to serve champagne at your wedding. Just as you’re about to head down the aisle, the caterer pulls you aside and says, “By the way, couldn’t get you champagne, but we’ve got plenty of Mad Dog 20/20.”

Well, it’s kind of like that with crude oil. There are different grades and different flavors. Some are light and flow easily. Some are heavy like sludge. It can be sweet or sour, which is about sulfur content. The specifications for crude go on and on. But the thing to know is that light and sweet is easier to refine and relatively more expensive. And refineries are fine-tuned to the particular qualities of what the companies expect to feed into them.

Ryan Kellogg, a professor of energy economics at the University of Chicago, says chemistry explains why the U.S. has been importing oil from Russia across the Atlantic.

“A lot of people wonder why we are importing Russian crude or crude from anywhere really, given how much oil the U.S. produces now,” he said. “The answer is that our refining infrastructure in the U.S. was largely built, especially in the 90s and 2000s, with advanced technology designed to process heavier, dirtier crudes, like Russian crude, like crude oil from Venezuela, like crude oil from the oil sands in Alberta, Canada.”

The refining firms, particularly the big ones that have facilities on the Gulf of Mexico, made a bad bet, he said.

“All that refinery capacity, billions of dollars, was spent long before anybody had any idea that the shale oil boom was going to be a thing,” Kellogg said.

The fracking revolution came in 2010, producing tons of crude from shale. It’s light and sweet — the expensive kind, and the kind any refinery can process. Yes, Kellogg said, refineries set up for heavy crude could retool and make use of it.

“It turns out to be cheaper to use that technology to process imported crude and export the light sweet crude to somewhere else,” he said.

Refineries also blend crude to optimize their equipment. Kellogg said importing Russian crude allows U.S. refineries to take some of the abundant shale oil and bulk it up with the dark cheap stuff so they can run more efficiently.

Alaska North Slope crude — ANS — is considered a medium, but it’s heavier than shale oil, so in theory, it could be used to darken a blend. But ….

A tanker from Valdez would have to go through the Panama Canal to bring crude to a refinery on the Gulf Coast. That’s not efficient.

“The U.S. West Coast is really the captive market for ANS,” said Matt Smith lead oil analyst for the Americas at Kpler, a data firm that tracks shipments of commodities around the globe for industry and financial traders.

ANS has been exported to Asia, but demand there fell during the pandemic. That dynamic hit Russia hard. Crude from Russia’s Pacific Coast normally goes to China. But China wasn’t buying as much in 2021. Smith said American refineries on the Pacific Coast took advantage of some bargain basement prices on Russian crude.

The drop in Chinese demand last year “freed up barrels to go elsewhere. And the U.S. became somewhat the destination of last resort,” Smith said. “And so we saw more Russian crude coming into the U.S. West Coast … It was opportunistic purchases.”

Those imports were already dropping by the time President Biden announced a ban on Russian imports, Smith said.

The West Coast refineries can handle more ANS if Alaska produces it, he said, but it wouldn’t replace Russian crude “because there’s nothing really to replace.”

So this argument that we should produce more North Slope crude to offset the Russian barrels? Smith said he’s sorry to ruin a plotline, but it doesn’t ring true.

It takes years to develop projects on the North Slope.

Sen. Dan Sullivan is among those saying this is a long game. We’re in “a new era of authoritarian aggression,” he said.

We’ll still be trying to keep aggressive foreign dictators in check years from now and we shouldn’t empower them by buying their oil, the argument goes, so in the long run, we’ll need more oil from Alaska.

But in the long run, the U.S. and the rest of the world are supposed to cut back on hydrocarbons, to keep climate change in check. The idea of producing more oil to make up for other oil will face strong political opposition from climate activists and environmentalist groups, and they are especially keen to prevent development in Alaska’s Arctic. 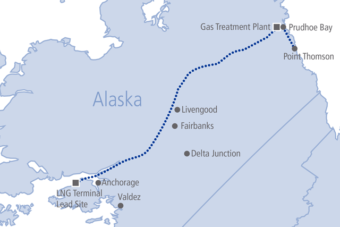 It’s been on the table for as long as Alaska has been an energy state, though the costs of constructing the pipeline have long been considered prohibitive. 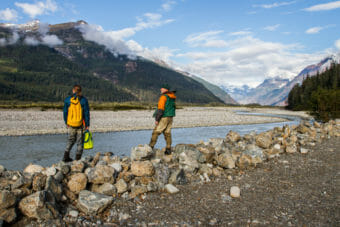 The paper’s authors say their analysis points to a need for more comprehensive risk consideration for mines to protect salmon watersheds throughout the Northwest. 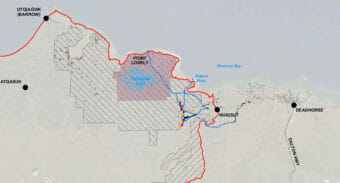 Members of the public have until 10 p.m. Aug. 29 to state their support for one of five options for the project’s future.