Alaska has gained residents — albeit slightly — for the first time in four years, according to population estimates released by the Alaska Department of Labor and Workforce Development. From April 2020 to July 2021, Alaska’s population increased by 932 people.

“It was just  0.1 percent,” said David Howell, the state demographer. “But still, it broke our trend of population losses that we’ve been seeing.”

Howell said much of the growth is due to an influx of military personnel, particularly at Eielson Air Force Base near Fairbanks. Interstate migration is also down, meaning fewer people moved out of the state. That’s a nationwide trend as more people stayed put during the pandemic.

Still, despite the overall statewide gain, it might seem like there are fewer people in most communities. That’s because 21 of Alaska’s 30 boroughs saw declines in their populations over the same time period.

“We survey the military bases around the state and our numbers were really just down from the census, so that was what was going on there,” he said. “There wasn’t really any dramatic change in the Kodiak Borough, just with the Coast Guard numbers being a little bit down.”

An uptick in the number of deaths across the state was particularly striking, according to Howell. COVID-19 deaths added to the numbers, but Howell said that’s not the whole story.

“There were 380 COVID deaths but we saw this 760 jump in deaths, so it’s not the only thing occurring,” said Howell. “Of course, it could be delayed medical treatment that sort of thing, I mean, there’s lots of possible reasons. We just don’t have the data to flush out at this point.”

Nationally, doctors and public health experts have expressed concern that some people included in excess death figures did die of COVD-19 but aren’t counted as COVID-19 deaths because they were not tested or diagnosed with it.

The population information from the state is an estimate and not a formal count like the 2020 Census. 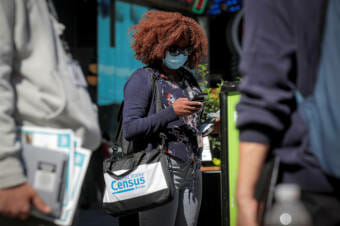 The 2020 census had big undercounts of Black people, Latinos and Native Americans

Latinos were left out of the 2020 census at more than three times the rate of a decade earlier.

It’s a challenge for Alaska's Redistricting Board to keep one area together without affecting others. 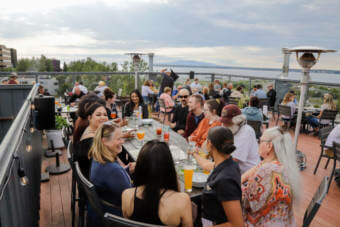 The share of Alaska’s population that identifies as a race or ethnicity other than solely white rose from less than a third of the population to more than than 40%.