Many communities in rural Alaska rely on diesel generators to keep the lights on. Kwethluk, a Yukon-Kuskokwim Delta village with about 800 residents, will be burning much less diesel next year by installing four wind turbines.

Kwethluk’s wind turbines will power half of the community’s electricity needs. By turning to wind energy, Kwethluk will burn 50% less diesel and reduce residents’ electric bills by up to half.

“We’re getting everything ready for the next generation,” said George Guy, general manager of Kwethluk Inc., which manages the community’s electrical utility. “And by the time we’re gone, they’ll have a well established infrastructure to keep the lights on in the 21st century.”

Kwethluk had planned to install the wind turbines a year ago. But beginning in October 2020, Guy said that workers for the project were unable to enter the community due to COVID-19 restrictions.

“Everything was shut down and had a very big impact on our village,” Guy said.

Even though there are still active cases of COVID-19 in the community, the project is back underway.

Kwethluk Inc. is partnering with Nuvista Light and Energy Cooperative to build and operate its wind turbines. Nuvista is a non-profit organization that helps Western Alaska communities move to renewable energy sources. Nuvista Executive Director Natalie Hanson grew up in Bethel, and she was in Kwethluk in September to oversee the start of construction.

“You see big wind turbine blades and they’re just kind of on top of some shipping conexes, parts and pieces of the foundation are there,” Hanson described what the project looks like at this point.

Once upright, Kwethluk’s four wind turbines will stand over 150 feet tall, where there’s plenty of wind to turn the giant blades. Hanson expects them to start providing power to the community early next year, and they are expected to last 20-25 years. Hanson estimates that the wind turbines will replace 50,000 gallons of diesel fuel burned by Kwethluk’s generators each year.

“That’s roughly half of Kwethluk’s load. They’re not going to be 100% renewable, but it will cover half of their load,” Hanson said.

The impact on the environment will be equivalent to taking 122 cars off the road according to the Environmental Protection Agency’s estimates on average car emissions.

Residents will be saving a lot of money too. Households in Kwethluk pay on average around $250 per month for electricity. Kwethluk utility manager George Guy said that many families struggle to pay that bill. He said that by burning less diesel, Kwethluk’s wind turbines could save residents between 30% and 50% on their electricity bill.

Despite these benefits to wind turbines, it’s difficult for communities to build them. Nuvista’s Hanson said that the reason why Western Alaska, an area known to be windy, doesn’t have more wind turbines is because of challenges in obtaining funding.

The Kwethluk wind turbine project cost $6.5 million. Hanson said that it took Nuvista years to cobble together grants from three separate agencies: the State of Alaska, the U.S. Department of Energy, and the U.S. Department of Agriculture. Some grants required hundreds of thousands of dollars in matching funds.

The project has overcome those challenges, and Kwethluk’s wind turbines are scheduled to begin turning early next year. Later, Hanson said that Nuvista plans to add solar panels in Kwethluk, which she says make sense, even with Western Alaska’s cloudy weather.

“Solar is absolutely viable. The price of solar has come down so substantially too in the last five years or so,” Hanson said.

Hanson said that solar panels are much cheaper to add than wind turbines, and they’re another way to make communities more sustainable and resilient. If any community wants assistance with a renewable energy project, she said that they can reach out to Nuvista. 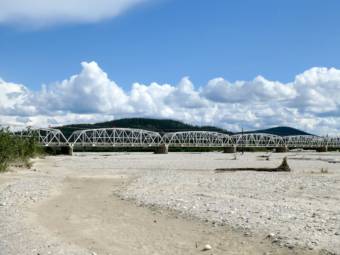 Kinross Gold plans to run up to 192 trucks a day along the route, each pulling two trailers and weighing some 70 tons. 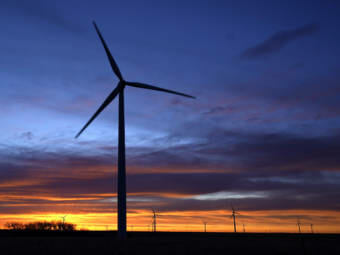 For months, West Virginia Senator Joe Manchin has been watering down the climate provisions in the Build Back Better legislation. But the objections Manchin described to the bill's climate measures are misleading.