Sen. Lisa Murkowski has introduced a bill to permanently waive a requirement for Alaska-bound cruise ships to stop in Canada.

Murkowski unveiled the bill at the annual meeting of the Southeast Conference in Haines this month. She argued that the century-old Passenger Vessel Services Act proved unintentionally harmful to the Alaskan economy during the coronavirus pandemic.

Murkowski is calling her bill “The Cruising for Alaska’s Workforce Act,” but if you’re hoping to read it, you’re better off searching for “A bill to permit under certain conditions the transportation of passengers between the State of Alaska and other United States ports on vessels not qualified to engage in the coastwise trade that transport more than 1,000 passengers, and for other purposes.”

If it sounds like Sen. Murkowski is attempting to thread the needle with that title, she is. The Passenger Vessel Services Act was originally passed in 1886 as a way to protect the U.S. shipbuilding industry.

The requirement that foreign-flagged vessels originate or stop in a foreign port before engaging in “the coastwise trade” made sense at the time, and it hasn’t been much of a barrier to the Alaska cruise industry — until 2020, when Canada closed its ports to large cruise ships.

“What we discovered was that when the pandemic hit, this was a law that protected Canada at the expense of the Alaskan economy,” Murkowski said.

To be fair, the U.S. Centers for Disease Control also imposed severe limitations on cruising in 2020 that effectively eliminated the Alaska cruise season that year. But in 2021, as COVID-19 vaccines became available, the Alaska cruise industry began to look viable, at least for the second half of the summer. Sens. Murkowski and Sullivan, and Congressman Don Young pushed for, and won, passage of a temporary waiver of the PVSA to allow ships to come to Alaska without that critical stop in Canada.

S.2818 is intended to make that permanent.

“I think we have learned that we never want to be in a situation like this again, where the Alaskan economy is really held back by a law that is benefiting another country,” said Murkowski. “So we’ve been working to try to find a permanent fix.”

Congress moves slowly, though, and what was urgent legislation this spring may be on a slower track now.

Robert Venables is the director of the Southeast Conference. He says the Alaska cruise season could be looking at a full comeback next year, and the bill probably won’t pass overnight.

“I’m not sure if this piece of legislation will rise above other priorities that exist,” he said. “But I’m always hopeful, always appreciative, always supportive, but it may take a while.”

Venables observes that any legislation in the U.S. Senate is “interwoven into a labyrinth of other legislation and personal relationships across the floor,” but he thinks Murkowski’s bill is a common sense solution for a real problem.

And he doesn’t think that lifting the requirement that ships stop in Canada means that they won’t stop there.

“In a free market global economy, you want every port to put their best case forward, and I think the Canadian stops are great added value,” Venables said. “But they shouldn’t be able to totally obliterate Alaska’s economy because they need to make their own decisions about closing their borders.”

S.2818, the “Cruising for Alaska’s Workforce Act,” was introduced in the U.S. Senate on September 23. It was referred to the Committee on Commerce, Science, and Transportation. 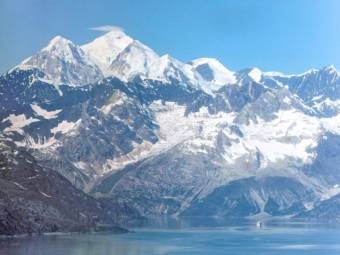 Geologists say the conditions that can lead to landslide-generated tsunamis are only getting more pronounced in Alaska.