Juneau restaurant Black Moon Koven opened up this spring very elusively and mostly through word of mouth. Its dark, moody ambiance has drawn a cult following.

Walking in, there is a lot to take in. There are large murals painted in the shop featuring eyes, skulls and mushrooms — art by local artist Jollene Chup. Other art and decorations in the restaurant include spiderweb macramé, skeletons, tentacles, coffins and an espresso machine with a Ouija board on it.

Aims Villanueva-Alf, the owner of the restaurant, said that the art is a reflection of her personality. And everything in the restaurant, from the art to the plants, comes from her friends and local businesses.

After taking in all the art, you can see a food and drink menu with a lot of different items, like fried rice, soup, salad, bahn mi, coffee and bubble tea. On the side there is a selection of croissants and spam musubi that change from day to day.

“So I wanted it to be a space where you walk in and there was just so much,” Villanueva-Alf said. “There’s so much to look at that every time you come back, you’re like, ‘Oh I didn’t notice that’ or ‘I didn’t notice that.’ But an experience to just order food in itself.”

Villanueva-Alf said she gets weird reactions from people about the restaurant all the time. Some customers walk in very confused.

“They’ll come in there and they’ll kind of look at us and be like — like they don’t belong there and then they leave,” Villanueva-Alf said. “But then they end up coming back because they see somebody that had like a sandwich or a salad or some soup.”

The food at Black Moon Koven is made from scratch as much as possible. She also uses local ingredients, like chicken of the woods mushrooms and fiddlehead ferns, when they are in season. Other items on the menu, like ube scones, are influenced by her parents and her Filipino background.

The key, for her, is making nutritional food that tastes good and makes your body feel good too.

“I want to be able to provide a positive habit for somebody, or at least change their narrative on food and what it means to be healthy,” she said.

Villanueva-Alf does not want people to associate food with dieting or restricting. She hates those words. Instead, she is aiming for intentional eating and sustainability in the food she makes. In the future, she is hoping to provide this through food subscriptions, but those are currently still in the works.

In addition to offering healthy and tasty food, she wants the space to feel safe for people.

“But I always think back on how everyone has, like, a favorite spot that they just like to chill,” she said. “And when I was thinking about my time in Portland, there was always that spot that just felt safe, even though I was away from home.”

The name of her restaurant came from that coffee shop. One day, Villanueva-Alf came in after a hard day. Another regular, a tarot card artist, said, “Oh no, Black Moon is having a rough day.”

When Villanueva-Alf asked what that meant, the artist told her that she would find out in time. She didn’t think anything of it in the moment. It was just a nickname someone called her once. But in March of 2020, the meaning of Black Moon changed completely. To her, it became a time when creativity and intentions are intensified.

The catalyst for that change was Villanueva-Alf’s old restaurant GonZo. It was this wildly popular, Auke Bay restaurant that she owned for nearly seven years. Like Black Moon Koven, it had an uncommon menu and a cult following.

When GonZo closed suddenly last year, a lot of people wondered why. On social media, they speculated that it was because of the pandemic. She told everyone that was not the main reason at all, but she was also not ready to talk about it yet.

“I feel like this would be freeing for me to be like, ‘Yeah, at the end of 2019, a horrific assault happened in the space of GonZo. And it was physically and psychologically hard for me to be in a space where trauma was dwelling,’” she said.

A few months after she was attacked, the pandemic happened and pushed Villanueva-Alf into shutting down GonZo. At the time, it was a temporary closure.

But one night, while she was running downtown, she saw the empty space that would become Black Moon Koven.

It was a full moon, so later that night she was planning to burn some old journals.

“So I was doing like a burning ritual and I was going through all my journals and the one from 2013 popped up and it said ‘Black Moon rising,’” she said.

At that moment, she knew something had to change. She decided to keep GonZo closed for good.

It’s a big risk to open a restaurant during the pandemic, but her gut told her to just do it.

“I feel like Black Moon was my way of healing through my trauma and continually is a place where it could be, and seems super dark to people, but it actually brought a lot of life and light into my own darkness,” she said.

It reads: “Are you breathing just a little and calling it a life?” 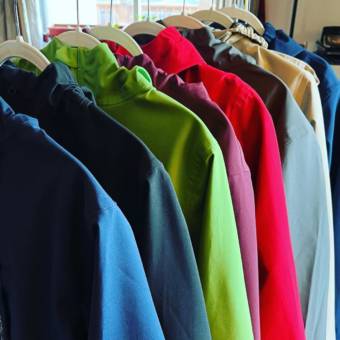 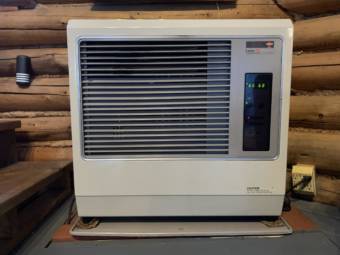 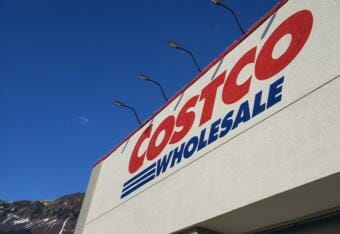