Legislative Affairs Director Jessica Geary wrote in an email that the cases are related to each other. But contact tracing is still underway so it’s not yet clear how many people are quarantining after possible exposure.

So far this year, nine total staff and lawmakers have tested positive for the disease.

However, over the last two weeks, the Southeast Alaska Regional Health Consortium and Beacon — the Alaska-based company performing the COVID-19 testing and safety protocols for the legislature — have teamed up to vaccinate people who work in the Capitol, with Native health consortium providing the vaccine and Beacon staff administering it.

Geary said 243 people have received their first dose of the vaccine so far, that’s a little over half of the 450 people who work in the building.

Everyone who enters the capitol building — even those who have been vaccinated — is supposed to be screened for COVID-19 symptoms. Lawmakers, staff and members of the media are also supposed to be tested regularly.

But that screening process isn’t foolproof. At least one lawmaker, Eagle River Republican Lora Reinbold, wasn’t following those rules for months before she was banned from the Capitol — other than the Senate gallery during sessions. 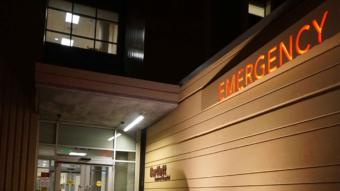 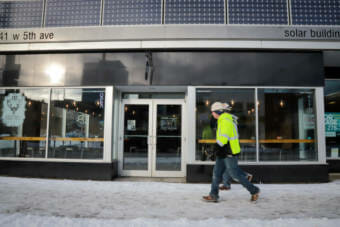