School funding is the biggest single expense for the city of  Sitka, falling somewhere in the $7 million range most years. Property taxes alone don’t cover that bill, and it can fall to sales taxes collected during a busy visitor season to support the budget.

Meeting just hours after Canada’s announcement, Mayor Steven Eisenbeisz said it was unclear what the absence of large ships would mean for school funding.

“It doesn’t look like we’re going to have a cruise ship season,” he said. “That’s going to be a chunk out of the city’s revenues and I haven’t had enough time to go through our projections to digest exactly what that means for us.”

“I came into this meeting prepared to listen to assembly arguments and prepared to potentially give the full ask,” he said, referring to the school board’s budget request. “With an unknown and such a recent unknown it’s going to be my goal to try and give you the best that I can,” he said.

The school district plans to trim a projected $1.8 million dollar deficit by tapping into their reserves, boosting enrollment with a small upcoming “bubble” of kindergartners, and eliminating three positions plus the assistant superintendent post. They’re negotiating early retirement for some teachers to save money, and are hoping for some extra padding from the federal Secure Rural Schools program.

That still leaves the district with a deficit of just over $800,000. And that’s assuming that the assembly funds the school district to “the cap,” or the maximum allowed by the state. Last year, the assembly voted to fund schools to the cap,  but this year the state raised the amount.

Finance Director Melissa Haley presented a preliminary budget two weeks earlier that accounted for a thin or non-existent cruise ship season between July and September of this year. But her budget assumed the same amount of funding for the Sitka School District as last year. Flat funding would mean a bigger deficit for the district and potentially more cuts.

School Board President Amy Morrison said if they had to make cuts, it would be staffing.

“So then it’s a matter of, is it larger classroom sizes?” she said. “Do we cut music and arts? That’s really, you know, we can’t close buildings, it’s staff. And then it’s the decision of what programs we’re cutting there.”

School board member Blossom Twitchell noted the reductions the schools have seen over the last few years, before the pandemic, like the loss of Blatchley’s librarian and full-time physical education staff.

“The school board did spend a considerable amount of time listening to our educators and our schools throughout these last few weeks. The resonating reports we have heard is that they are already at their bare minimum,” she said. “They are already skeletal.”

During assembly deliberation, member Kevin Mosher said he would support flat funding and splitting Secure Rural Schools if it comes through but funding to the cap was not practical given budget constraints.

“The state says we can spend more but they’re not giving us more money for it. Enrollments are down but we’re being asked to fund a lot more money,” he said. “The cruise ship industry, yes, it may not be as bad as we think, but it’s not going to be as good as we thought.”

Member Thor Christianson continued to push for funding schools to the cap.

“I think this is our core job,” he said. “I would rather see cuts in lots of other places before this.”

Christianson made a motion to do just that. But several assembly members, like Crystal Duncan, said they wanted more time to review the numbers before voting.

“You don’t have to convince me with additional information about what the school district is going to do, I just want more information on the city’s budget,” Duncan said. “Tonight is not the night to vote, and if we did vote, I think I would have had to vote ‘no’ on it at this point in time.”

Ultimately, Christianson’s motion failed to get a second. Initially, Rebecca Himschoot seconded the motion but subsequently withdrew it. The assembly will revisit school funding at another meeting later this month. 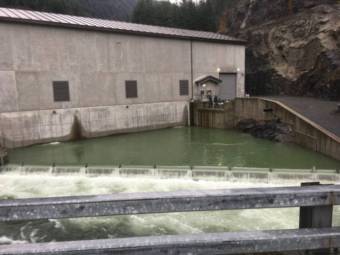 For more than two decades, companies have hoped to export Sitka’s water and market it globally. None of those efforts have come to fruition. 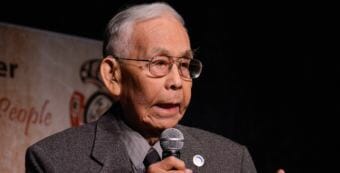 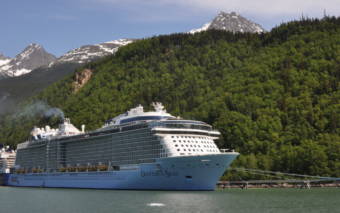 Dock owner: Sitka should prepare for a deluge of cruise passengers in 2022

Sitka dock owner Chris McGraw said there could be over 40 days in the summer of 2022 with over 5,000 cruise passengers in town.