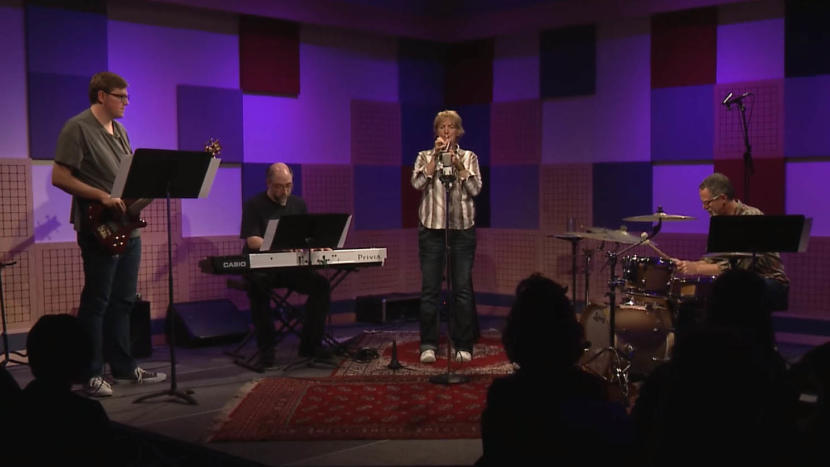 More from this series:
More videos from Alaska Originals

Yngvil Vatn Guttu doesn’t just make music. She makes music happen. Since the age of three, when she produced a note on a trumpet on her first try, Yngvil has been inexplicably attracted to the instrument. Little did she know just how much power it would exert over her. Nor just how much of that power she would impart to countless others through her music, communal spirit, and love of life. Before the sounds of this spirited musician-composer began bouncing around the echo chamber of New York City, where she currently spends much of her creative time, they were skimming the icy expanses of Norway. Born in Oslo, Yngvil grew up surrounded by classical music—Bach, Händel, and Schubert were among the first composers to inform her burgeoning mind. In fact, it was Maurice André’s definitive traversal of the Haydn trumpet concerto, along with the classic strains of Louis Armstrong that inspired the balance of note-for-note, classical exposition and soulful elaboration to which she always aspires.