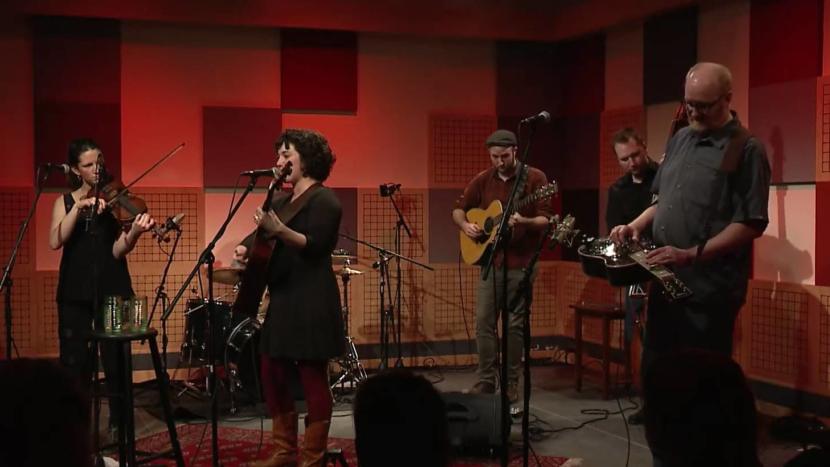 More from this series:
More videos from Alaska Originals

The Hannah Yoter Band on Alaska Originals — a 360 North production that features original music by Alaskans.

Hannah Yoter is well versed in the language of acoustic music. From an early age her world was filled with songs and stories that spanned generations and genres of folk music. Hannah began playing bluegrass guitar when she was a young girl growing up in rural Hope, Alaska. The music she played took her places around the state before eventually leading her to North Carolina in early 2009. While in NC, Hannah studied the old time Appalachian music tradition and picked up old-time banjo. She also found a love of song writing while living in the Blue Ridge Mountains out side of Asheville. She traveled with multiple bands around the area before deciding to move home to Alaska in 2013. Since moving back to Alaska, Hannah has assembled a band and refined her sound that sits right in the middle of Americana roots and classic country. Hannah and her band have traveled all over the state of Alaska for numerous performances and opened for acts such as Lonestar and The California Honeydrops. Earlier this year Hannah finished her self titled EP and the band is currently working towards a full length album.