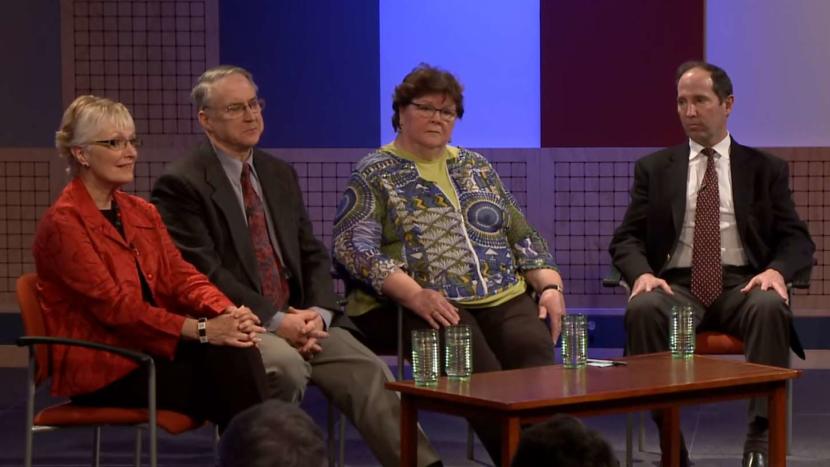 Fran Ulmer was lieutenant governor during the Tony Knowles administration. She’s a former state legislator who led the House Democrats, former Juneau mayor, and she worked for Gov. Jay Hammond as the Permanent Fund was being established. More recently, she was chancellor of the University of Alaska Anchorage.

Rick Halford is a former Republican legislator who served as Senate President. He was active in the House and Senate from the 1970s through 2002. He also had oversight of the creation of the Permanent Fund’s investment strategy. More recently, he served as a leader in Gov. Walker’s transition team.

Gail Phillips is a Republican who served 10 years in the Alaska House of Representatives, including four years as House Speaker. That includes 1998, the year oil prices fell below $9 a barrel. She’s owned small businesses and also served in local government with the Homer City Council and Kenai Peninsula Borough Assembly.