In this newscast: The University of Alaska Mariculture Conference meets this week in Juneau to talk about the future of the industry; A Juneau-based airline is adding a new daily circuit that will connect Wrangell, Sitka, and Petersburg; State officials are investigating human remains discovered by Haines work crews Monday; Senator Lisa Murkowski’s re-election campaign reports that she has raised over $1.5 million this year

In this newscast: Les Gara discusses his campaign; Juneau’s Riverbend Elementary will soon be called Kax̱digoowu Héen; A celebration was held to honor the artists of Alaska’s first totem pole carved on all sides

In this newscast: A rock slide has closed the North Douglas Highway past the boat launch; The overseas voting period for the National Elections in the Philippines has begun, and many Alaskans may vote; Alaska lawmakers are considering a bill to regulate PFAS chemicals in groundwater; The Alaska Marine Highway Operations Board held its first meeting Friday

In this newscast: The Alaska Department of Fish and Game has started testing wildlife for COVID-19; Juneau Assembly has begun the city’s budget planning for the upcoming fiscal year, with a surplus; Alaska businesses hurt by COVID-19 can apply for a second round of funding through the American Rescue Plan Act 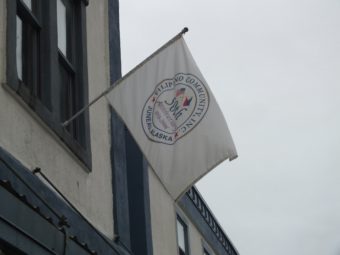 There are nearly 30,000 Filipinos in Alaska — close to the population of Juneau. And a number of them can vote in this upcoming election.

In this newscast: A third grade class takes a “Forest Friday” field trip; Alaska Folk Festival is back in person for the first time in two years; A Haines Facebook group helps renters find places to live

In this newscast: Native Youth Olympics was in person for the first time since the pandemic; Alaska Statewide Poetry Contest winners read their poems; Senator Lisa Murkowski is hosting an event about the Infrastructure Investment and Jobs Act

In this newscast: Juneau Assembly considers suspending relationship with Russian sister city; A professional wilderness tracker will teach a course in Juneau; A Soldotna man has been charged in the murder of his roommate 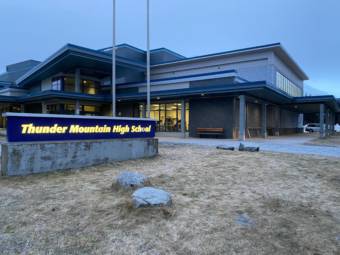 Thunder Mountain High School went into lockdown for about 30 minutes this afternoon.

In this newscast: Juneau’s J & J Deli and Asian Mart may be shutting down if the owner’s can’t find someone to take over; Petersburg’s grade school chess club is gaining popularity; Scientists have an explanation about a large orb of light seen over Alaska last week