The National Oceanic and Atmospheric Administration has denied an emergency request Friday to close crucial habitat for Bristol Bay red king crab to all types of commercial fishing.

That comes after Alaska Bering Sea Crabbers petitioned in late September for a closure of the red king crab savings areas to protect the species during a time of historically low stocks.

The nonprofit, which represents independent crab harvesters, requested that the grounds be closed to all fishing gears from Jan. 1, 2023 through the end of June.

The Bristol Bay red king crab fishery has been closed to fishing for two years due to low population. Biologists have seen declines in recruitment and stocks for more than a decade. It’s not abundantly clear what is causing the crash, but some theories suggest climate change and warming ocean conditions may be in part to blame.

The savings area was established in 1996 and is permanently closed to bottom trawling, but it remains open to midwater — or pelagic — trawlers, pot fishing and longlining. Bottom trawling is allowed, however, in a small section within the savings area — known as the savings subarea — when Bristol Bay red king crab is not open to directed fishing.

Jamie Goen is the executive director of Alaska Bering Sea Crabbers. In a letter addressed to the North Pacific Fishery Management Council in December, she argued that pelagic trawling — or midwater trawling — has similar impacts to the sea floor as bottom trawling. She urged council members to consider closing the king crab savings areas for roughly 180 days of the year, when crab stocks are most vulnerable.

While the council said that the closure “could provide habitat benefits through reduced bottom contact by trawl gear and potentially reduce Bristol Bay red king crab mortality,” they argue those effects are uncertain and rely on assumptions that the closure would move fleets into areas with lesser impact to crab stocks. The council also said a provided analysis shows that the closure could negatively affect other species, like salmon and halibut.

Ultimately, despite Goen’s and about 25 other comments, the agency chose not to recommend the proposed emergency action.

And on Jan. 20, NOAA Fisheries announced that they had denied the petition and would not close the savings areas. Their reasoning: the emergency regulations wouldn’t address the low stocks or declining trends of mature female crab. They said taking emergency action and changing the rulemaking process isn’t worth it.

According to Alaska Bering Sea Crabbers, harvesters are “dismayed and deeply disappointed that NOAA Fisheries denied protections for dwindling crab stocks on the same day they opened pollock fisheries with increased harvest limits.”

The council is considering alternatives to the emergency action, including implementing an annual closure of the savings area and subareas to all commercial groundfish fishing gears through a normal rulemaking process — that would not include non-pelagic trawling.

Historically, that kind of funding has taken years to reach the hands of fishermen.

Gov. Mike Dunleavy estimated a loss of more than $287 million to the red king crab and Bering Sea snow crab fisheries over the last two years. 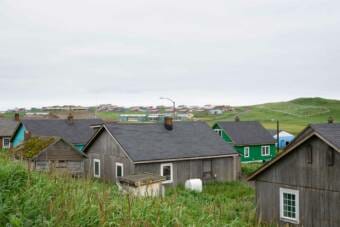 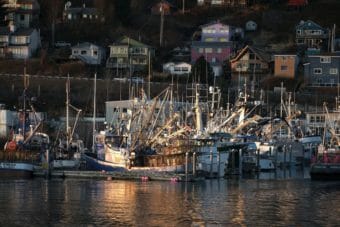 Kodiak’s entire fleet sat out the season opener on Sunday, and they aren’t planning on fishing anytime soon.