Dave Gregovich, Wildlife Habitat Analyst for the Department of Fish and Game, is a mushroom enthusiast on the hunt for winter chanterelles. He starts the search in a forest near the North Douglas highway, and looks for areas with hemlock trees and blueberries.

“It’s not a super specialized mushroom,” Gregovich said. “In most places where you have old growth forest, you have at least a few winter chanterelles.”

Edible mushrooms found in Southeast Alaska can be foraged throughout the fall and into early winter, but winter chanterelles have very distinct characteristics that make them especially easy to identify, especially for beginners.

“A lot of mushrooms have these really sharp blade-like gills on the underside of the cap. But winter chanterelles have these kind of ridges on the bottom of the cap.” Gregovich said. “And they are shaped like a funnel. They’ve got a hole in the top, and it funnels down to a hollow stem.”

Winter chanterelles are small, so it takes quite a few for a meal. And their texture can be pretty wet when you bring them home. But they are really good to eat, Gregovich said.

“What I like to do is put them under a fan for an hour or so, no heat,” he said. “And the other thing you can do is you can dry-sauté them. Before you add any oil or butter, put them in the pan just dry and let some of the water kind of evaporate from the mushrooms.”

In the temperate rainforest of Southeast Alaska, mushrooms almost always have plenty of moisture and good growing conditions in their environment.

“But one thing that is the case, you really don’t see most of these mushrooms until kind of the start of August, mid-August, and then they really start to pop.” Gregovich said. “A couple of species, including the winter chanterelle, can be around in November or even December.”

There are hundreds of species of mushrooms around Juneau. But Gregovich advises the average forager stick to the four that are easiest to identify: winter chanterelles, golden chanterelles, porcinis (aka King boletes), and chicken-of-the-woods.

“So you can just stick with those four kinds, and you can get out and find something that’s easy to identify and good to eat,” he said. 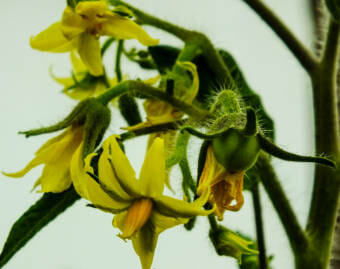 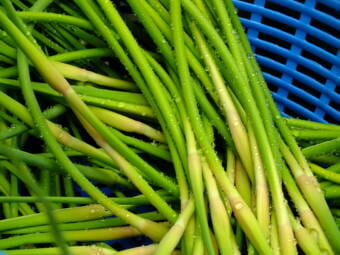 Gardentalk — Why timing is critical for harvesting garlic scapes

Snap them off when they start bending over and looping on themselves or you may have small garlic bulbs at harvest time. 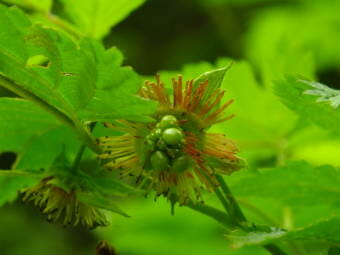 Blueberries, raspberries, apples and cherries all seem to be late this season, likely because they have little energy left over from last year's cool and wet conditions.