Juneau’s only hospice and home care provider says it can’t sustain its services alone. Catholic Community Services has been seeking a partner to shore up the program since mid-summer.

CCS Executive Director Erin Walker-Tolles says that’s because the cost of labor has about doubled due to demand.

“Travel staff used to be $55 an hour, and now they’re quoting us at $120 or more an hour,” she said. “There’s just really no way to keep up with the cost of staffing the programs in the face of the shortage.”

She says staffing was hard before the pandemic, but over the last few years the situation has become dire.

“Nurses, physical therapists, occupational therapists have been leaving the field — leaving the industry,” she said. “Whether they’re burned out or ready to retire, there are fewer nurses.”

Walker-Tolles says the program needs three more nurses. It has only one full-time staff nurse, and the contracts for its two traveling nurses will expire in late October. CCS hasn’t been able to find more travel nurses to replace them.

CCS has reached out to the City and Borough of Juneau for support, but there’s no plan yet in place.

In a letter to the mayor dated Aug. 12, Walker-Tolles wrote that the service wouldn’t take new clients after this week if it couldn’t secure an additional $50,000 a month in funding. The letter also suggested current clients could be moved or discharged without new funding.

CCS already has contracts with CBJ and city-owned Bartlett Regional Hospital for transit and medical services. But Walker-Tolles says the amount of those long-standing contracts has not kept up with rising costs.

At a subsequent assembly meeting, Deputy City Manager Robert Barr said the city would assist the program through the hospital. Walker-Tolles met with the hospital’s new CEO, David Kieth, to talk about a partnership this week.

“Our main goal is to make sure that we remain able to provide care,” she said.

Walker-Tolles told KTOO there are no plans to shut down services, nor should there be a break in services. But she says CCS would have to start “triaging referrals.” That means the hospice and home care program won’t be able to accept all new patients if there is not enough staff to support them.

CCS cares for roughly 50 home health patients and usually anywhere from four to twelve hospice patients at a time. Walker-Tolles says the program gets up to ten referrals a week. 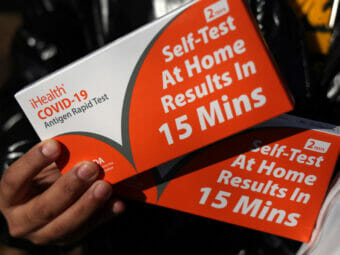