The suit, filed in Anchorage Superior Court, asks a judge to block the state from certifying the results of the special election “until such time as visually impaired Alaska voters are given a full and fair opportunity to participate in such election.”

Election Day is June 11, final results are expected by June 21, and elections officials have said they expect to certify the results by June 25.

The four candidates who receive the most votes in the primary will advance to a special general election on Aug. 16, where a winner will be chosen in a ranked-choice vote.

The winner of that vote will serve in office until the winner of the November general election is seated in Congress early next year.

The Division of Elections has not yet responded to the lawsuit, and the court system has scheduled it for expedited consideration. 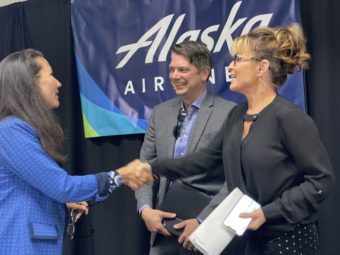 Begich and Palin apparently see little value in attacking the lone Democrat in the race. 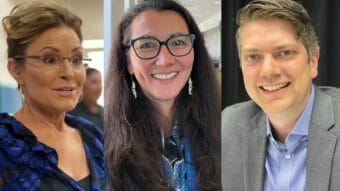 Not far behind her is Democrat Mary Peltola.