A Sitka man who spent half an hour in the ocean after his kayak capsized last weekend was rescued by a quick-thinking passerby who swam from shore and pulled him to safety. The good Samaritan was aware of the risks — she’s a five-year veteran of Sitka’s search and rescue team.

Roman Solar moved to Sitka in February, and with spring’s arrival he’s been getting a taste of the outdoors with kayaking. He went for the first time in early April, but on his second planned trip, his friends couldn’t go.

“We planned a group of people, but the other people were busy, and some people kind of changed their minds,” Solar said. “So I was kinda like, the only one left over.”

Around 5:30 in the afternoon on April 10, he set out on his first solo kayaking trip in Starrigavan Bay. He paddled three miles toward Nakwasina Sound. As the sun dipped, he turned around to go back.

As he was nearing the Starrigavan boat launch area on his return trip, the water began to get a little choppy. A wave hit his kayak, dumping Solar into the ocean and swamping his boat. He tried flipping the kayak sideways to empty it.

Solar estimated he was about 2,000 feet from the shore. He swam for it.

“I tried swimming as hard as I could for maybe 15 or 20 minutes up to the shore, but then I look back and the kayak is right next to me, and nothing changed,” Solar said. “I’m like, where I was, you know. I just spent so much energy.”

He tried swimming the backstroke, too. Then he just held on the kayak and yelled for help. At one point a boat drove by in the distance. Solar yelled out to them, but they didn’t hear him over their engine.

Then, after about half an hour, Solar saw something moving toward him in the water.

It was Sheila Swanberg, and Solar was in luck — she’s a five year veteran of Sitka’s search and rescue team.

Swanberg was walking her dog Charlee on the bridge at the Starrigavan Estuary that evening when she heard a strange noise.

During the day, Swanberg works with birds at the Alaska Raptor Center. That night, she was at work trying to identify one.

“There was definitely a noise that I was like, ‘That’s a bird. But what bird is that? I was trying to listen very closely to it because I didn’t recognize it,” Swanberg said.

Nearby were a bunch of ducks, and Swanberg tried to identify which duck the weird noise was coming from.

“Then I was like, ‘Oh, that’s a person. That’s not a bird,’” Swanberg said. That’s when she saw the overturned kayak on the water.

She took off running, flagging down a car that was driving by. She told the driver to call 911, then she tied up her dog, set down her phone, and swam to Solar’s aid.

“I was just super, super impressed that, after all that time in the water, he was still calling, because I don’t know if I could have been calling after 30 minutes of just being in that cold,” Swanberg said.

She helped him swim back to shore with the kayak.

“I was really glad that that she was so brave,” Solar said. “She risked her life going [in] this very cold water and swimming such a long distance towards me.”

While Swanberg was responding, police were on their way, and the fire department was assembling a boat crew to rescue the kayaker. But Swanberg managed to get Solar to the shore fast enough that the fire department had to trade the boat for an ambulance. They cared for Solar and took him to Mt. Edgecumbe Medical Center, where he was treated for hypothermia.

Solar is on the mend now, and incredibly thankful to Swanberg for saving him that day. He says at first he was embarrassed about the accident, but now he’s hoping others can learn from his mistake.

“Maybe my mistake will actually save some other people from from doing the same or getting into very dangerous situation,” Solar said.

He says in the future he probably won’t kayak alone — he’ll go with a group, get better gear and maybe pick a warmer day, too.

“I just really liked that Roman was loud. That’s the best thing he could have done — keep making noise,” Swanberg said. “So I definitely want to make sure everybody knows that if you’re in the water like that, don’t give up calling for help.”

Fire Chief Craig Warren says kayakers should be aware of their skill level and the weather — it was gusty on April 10. He says Solar was lucky Swanberg was there.

“Sheila’s really the hero of the day though,” Warren said. “She just did what Sitkans do. We help each other out. She had no idea who this person was. And she didn’t think twice about it. She just went in to rescue this person. She didn’t have any of her response equipment. She was just being a good person.” 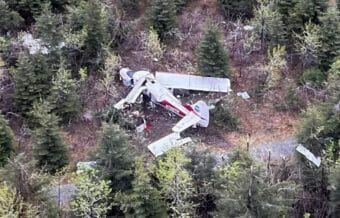 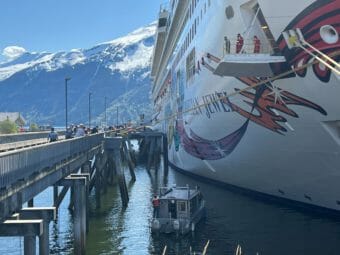