If you can spare the cash, you can now give unlimited funds to state and local candidates in Alaska.

That’s the result of an order Thursday from the Alaska Public Offices Commission.

State Sen. Bill Wielechowski, D-Anchorage, said it opens the floodgates for rich people, anywhere in the country, who want to control Alaska politics.

“It’s very dangerous for democracy when you allow wealthy individuals to basically dominate the debate,” he said. “It’s just not good for anybody or any sort of democracy that we have in place.”

An individual contributing to a campaign had been limited to $500. Alaska voters adopted that as the maximum in a 2006 ballot initiative. But last year a panel of the federal Ninth Circuit Court of Appeals said it was too low.

The staff of the state Public Offices Commission recommended a $1,500 ceiling. But the commission, in the order Thursday, said the Legislature has to set the limit. So, at least for now, campaign contributions of any size are allowed.

Wielechowski said no one benefits from a system that allows unlimited contributions.

“This is a governor who has wanted unlimited campaign donations,” Gara said. “Every chance he’s had to act, he’s refused to act.”

Gara noted that Dunleavy refused to appeal the court decision, and refused to propose a new limit to the Legislature. Dunleavy in December introduced an election reform bill, but it does not address contribution limits.

Dunleavy spokesman Jeff Turner said the governor doesn’t have a position about what the new limit should be and will not be introducing a bill to set one. He pointed out that the Legislature already has at least five pending bills it could act on.

Some of those bills are in Sen. Mike Shower’s committee. The Mat-Su Republican told the Anchorage Daily News in January that the Senate State Affairs Committee has other priorities.

But Shower said Friday he’d like to see a bill pass that sets reasonable contribution limits that will stand up to legal challenge. Shower said he doesn’t know yet what the limit should be.

“What we’re going to have to do is get opinions from legislative legal services, from the Department of Law, run some traplines with legal experts, especially in the Lower 48, that might have a different view of things,” he said. “So we have a long way to go to research this and try to get it right. And I guess my opinion will be formed through that process. But we haven’t even started it yet.”

In the meantime, big dollar contributions could be pouring into campaign coffers. Shower said he doesn’t know if the Legislature can or should pass a bill that would retroactively set a limit and require campaigns to refund contributions above that amount. 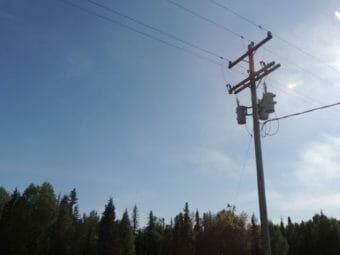 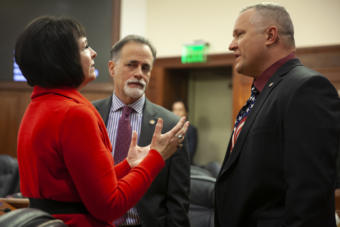