An investigation into the Yute Commuter Service plane that caught fire on Nov. 20, 2021 has found that the fire was started by wiring in the aircraft that was installed incorrectly. The wiring was installed as part of a federally funded experimental safety program, and there could be over 200 other planes in the region that have the same problem.

The plane that caught fire was a Cessna 207. A week after the incident, two investigators from the National Transportation Safety Board and one from the airplane’s manufacturer arrived in Bethel to find out what started the fire. They started collecting the charred wreckage of the plane.

“We were able to harvest some parts that we suspect were the ignition source of the fire,” said NTSB Alaska chief Clint Johnson.

They sent those parts to Washington D.C. for forensic analysis, and what they found led them to suspect that the fire started with some wires that had been added to the plane around 20 years ago.

“Unfortunately, that wire bundle was routed over the top of an aluminum fuel line. And over the years, that finally chafed through. And we were able to determine that that was, in fact, the initiation point,” Johnson said.

The FAA states that over 200 airplanes in the Y-K Delta were part of the Capstone Project and could be affected by faulty wire installation. In December 2021, the agency sent a letter to all the airlines that it believes could own these planes. In that letter, the FAA tells aircraft owners to inspect the wiring underneath the planes’ floorboards to see if the wiring touches the fuel line. It suggests to complete this inspection “at the next maintenance function, 100 hour, or annual.”

Asked why the FAA is not treating these potential flight hazards with more urgency, a spokesperson for the administration wrote in an email that catching the issue within 100 hours would be a pretty quick turnaround. He said that the administration is working to identify all the owners and operators of planes that were part of the Capstone Project that could be affected.

YCS, owner of the plane that caught fire, said that the airline has already taken all the steps necessary to keep its passengers safe.

“Once we were made aware of what it was, we inspected every one of our aircraft, and we grounded them until we did, and we completed inspection. And the ones that were affected by it, we took corrective action and then returned the aircraft to service,” said Terry Cratty, YCS Director of Operations.

Cratty said that YCS operates 12 aircraft, nine of which are Cessna 207s. He said that five of those had the same faulty wiring installation that caused the fire in November 2021, and he said that all of those are now fixed. 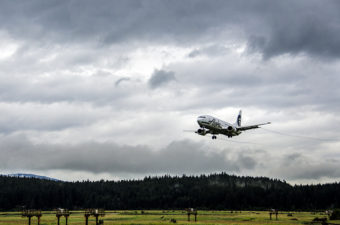 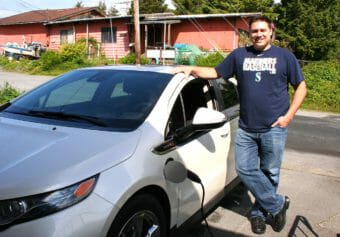 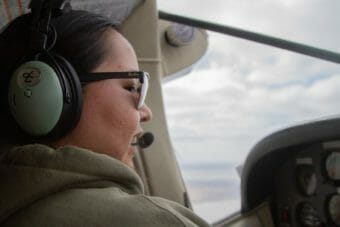