In November 2021, flames engulfed and destroyed a Yute Commuter Service airplane. The pilot and five passengers escaped unharmed. Lubova “Lulu” Fisher was one of those passengers, and she reflected on her near-death experience.

Fisher, an aide at the school in Kwethluk, was returning home from a hospital appointment. Traveling with her were her 14-year-old granddaughter and 3-year-old grandson.

She said that they, along with two other women from Kwethluk, boarded the YCS plane around 5:30 p.m. on Nov. 20. The sun was setting. A few minutes into the flight, they were flying over Church Slough near Bethel when she said that the plane’s emergency locator transmitter started going off.

“The red light went on, so the pilot turned around. When he turned around, the inside filled up with smoke. So he opened a window and he let my granddaughter open the other window,” Fisher said. “The pilot handed my granddaughter the fire extinguisher, and she didn’t know what to do with it.”

It was around then that Fisher noticed her right foot becoming extremely hot. She looked down and saw the soles of her boots melting. Still, she says that she didn’t panic.

“We’re just being calm, all of us in the plane. We were all calm even though we all love to scream and holler,” Fisher said. “I don’t know what I was thinking. Just God was with us and we felt his presence.”

She said that she believes that the passengers remaining calm and not panicking allowed the pilot to focus on the task of keeping everyone alive.

A few minutes later, the plane was back in Bethel on the runway. She said that it was then that she and another passenger started yelling at the pilot.

“‘Get us out! Get us out!’ And he opened the door and we all jumped out. Just when we go for about 10 feet away from the plane, the plane engulfed in flames,” Fisher said.

A fire truck arrived to put out the fire. Fisher and the other passengers walked off the tarmac in shock into the YCS terminal, where workers gave them blankets and warm water. Fisher thought about what would have happened if the plane had turned around a little later.

“We would have probably be engulfed in flames and probably we would have perished,” Fisher said. “Like they always say, it wasn’t our time. So we survived.”

YCS employees took Fisher, her grandkids and the other two passengers to the hospital in Bethel, where they were told that they had inhaled a mild amount of carbon monoxide from the smoke. YCS housed the passengers in Bethel and took them to Kwethluk the next day.

Fisher had valuables in her luggage, including her iPod and jewelry that went up in flames. She said that YCS never reached out to her about replacing them, but she’s not too worried about it.

YCS has said that passengers can call, and the company will reimburse them for everything they’ve lost.

Fisher said that the trauma of her near-death experience is still with her to this day.

“It happened during sunset. So make us not want to look at the sunset for a while,” Fisher said.

But she’s slowly moving on. She got on a plane again this past week, albeit a little reluctantly.

An investigation into the fire has found it was started by wiring in the aircraft that was installed incorrectly. 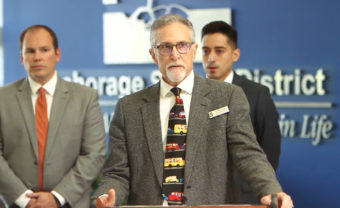 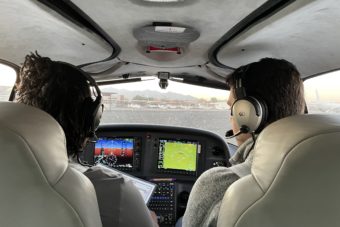 The pilot shortage has forced airlines, especially regional carriers, to reduce the number of flights they offer, particularly to smaller cities.

Tustumena spends week in Homer due to staffing shortage

The Alaska Marine Highway System has been struggling to hire new staff this year, even with $5,000 hiring bonuses.