A bill that would create new Alaska Native corporations in Southeast Alaska and grant them federal forestlands from the Tongass National Forest has been reintroduced in the U.S. Senate.

Similar legislation has been introduced in the past and it was already introduced earlier this year in the House. The bill, co-sponsored by Alaska’s Congressional delegation, would amend the Alaska Native Claims Settlement Act allowing the formation of five new urban corporations in Ketchikan, Haines, Wrangell, Petersburg and Tenakee. It would grant 23,040 acres of land that’s now national forest to each of the five new corporations. Natives from the five communities say they were left out of the landmark 1971 law that granted public lands to the for-profit regional, urban and village corporations.

“It’s just not a recent event,” said Randy Williams of Ketchikan, part of the Alaska Natives Without Land campaign and president of shareholders in Ketchikan. “It’s actually something that we know has been wrong with the way that the final ANCSA bill was passed and now everybody else is starting to see that. And so we’re real hopeful this time.”

Williams said the new corporations would be helpful for the five communities and would create jobs and revenue. The land could be used for economic development like tourism, timber, carbon credits or other uses like food or cultural activities. The sub-surface or mining rights would belong to Sealaska, the regional Native corporation which has provided at least $500,000 in seed money to the landless Natives group.

The most recent versions of the bill have included specific land selections. The Senate bill’s maps for a Ketchikan corporation’s selections are different than the House’s version. The Senate version seeks parcels on Gravina Island and near Cholmondeley Sound instead of parcels near Red Bay on northern Prince of Wales Island and on Hecata Island. Williams said that and other changes were made following public feedback. In the Petersburg area, two U.S. Forest Service recreation cabins in Portage Bay have been dropped from the selection in both House and Senate versions introduced this year.

There’s wording in the bill that would continue public access for non-commercial hunting and fishing on the land. However, the measure allows a corporation to restrict access for several reasons, like limiting conflict with commercial use of the land.

Cecelia Tavoliero is president of the Alaska Natives Without Land campaign and would be a shareholder of a new Petersburg corporation. She said the concern she’s heard from conservation groups has been that the new corporations will log the land.

“We can’t speak for the future board when this bill passes but we have a lot of young people who are very environmentally conscious,” Tavoliero said. “So I’ll just leave it at that. We are hopeful and we hope it will go through committee and then go to mark up and go further than it has been before.”

Look to Yakutat for the most recent example of logging on Native corporation land that has neighbors and community members upset. Boards of the proposed corporations would decide how to make money off the lands granted in the bill.

“For years (Senator) Murkowski’s consistently sought every possible avenue to carve land out of the Tongass and put it in the hands of the timber industry or to privatize it for resource extraction,” Knight said. “The situations for whether the five communities in her bill were eligible to establish ANCSA corporations were agreed and settled on in ANCSA itself. And so their noneligibility stood up to land claim attempts in following years.”

Besides the potential for logging on the parcels, opponents have been concerned that public access could still be restricted in certain situations. Others have asked for certain parcels to remain part of the Tongass, or don’t support the transfer of logging roads and other infrastructure that’s on some of the land.

Still others see room for compromise.

Meredith Trainor is executive director of the Southeast Alaska Conservation Council or SEACC, a Juneau-based conservation group. She said her organization recognizes that the lands that make up the Tongass were unjustly taken from the Indigenous peoples of Southeast.

“SEACC supports the efforts of our Alaska Native partners to advance a meaningful resolution to the claims of the landless communities,” Trainor said. “Following the introduction of the bill today, we look to the Alaska delegation to lead in the ongoing collaborative effort to advance the solution that will restore balance and honor the sovereignty of the original people of these lands.”

Sen. Lisa Murkowski urged passage of the measure during a hearing in the Senate’s Energy and Natural Resources Committee this month. It’s part of a larger bill to make changes to the landmark 1971 law. 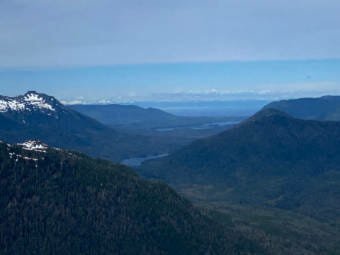 The Petersburg assembly voted to send a letter opposing a bill that would create five new urban Native corporations in Southeast Alaska and transfer land from the Tongass National Forest to those corporations. 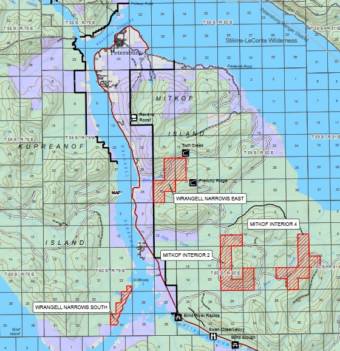 Community members have another chance to weigh in tonight on the potential transfer of Tongass National Forest land to five new urban Native corporations. 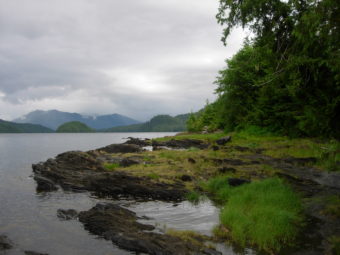 If passed, the improvement act would allow the five corporations to pick land of historic, cultural and commercial value, but would not allow conservation lands to be awarded.