The 40-foot rocket lifted off shortly after 9 p.m. shooting more than 300 miles upward into the night sky. The launch’s mission was to test the deployment of a dummy payload. It was critical milestone for Astra, a company that hinges their business model on the ability to deploy small satellites at a relatively low-cost.

This rocket was the first successful flight of the Rocket 3.0, and according to Astra the focus is now switching from testing and development to manufacture. It was the sixth in a series of launches by Astra at the state-owned Alaska Aerospace Corporation which owns and operates the rocket complex on Kodiak’s Narrow Cape.

“Reaching orbit is a historic milestone for Astra,” Chris Kemp, head of Astra, said in a statement. “We can now focus on delivering for our customers and scaling up rocket production and launch cadence.”

The Alameda, California-based company says it hasn’t been easy getting to this point. On Aug. 28, Astra tested an earlier version of the rocket that had to be aborted a few hundred yards after liftoff. Friday’s launch was redesigned to ensure all five thrusters fired correctly, the company said. 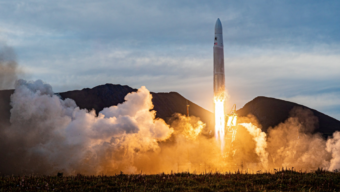 Mark and Eric Van Dongen witnessed the rocket explode on the ground right where they had been deer hunting. 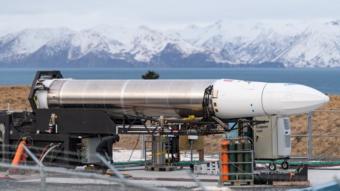 About 15 minutes from launch, a boat had wandered into the waterway hazard zone, an area that must be clear for launch.

Project managers say the challenge encourages rocket designs that are flexible, upgradeable and ready to go in a short period of time.