On St. Paul Island, in the Bering Sea, Phyllis Swetzof is anxiously awaiting an Alaska Superior Court ruling that may decide whether or not her monthly electric bill will double.

Swetzof, a retired city clerk, is one of about 82,000 Alaskans who receive subsidized power from the state’s Power Cost Equalization program, which reduces the cost of home electricity in 192 rural Alaska towns and villages. After an extended budget debate, the Alaska Legislature failed to fund it past July 1. On Friday, an Anchorage Superior Court judge heard arguments in a lawsuit that could determine whether the program resumes this year.

A ruling is expected soon, but the first bills without the subsidy are already starting to go out across Alaska. In some cases, the price of home electricity will double. Towns and villages, also eligible for lower-cost power, may need to raise rates for water and sewer service.

“Everybody’s going to go, ‘holy smokes,’” Swetzof said. “Then it’s real, and you’ve got to figure out what to do.”

Without the program, home electricity prices in St. Paul — which has fewer than 400 year-round residents — will more than double. A normal electric bill of 500 kilowatt-hours will rise from about $95 per month to $205.

“I think the impact here will probably be hardest on residents who are a fixed income, on unemployment or elders getting Social Security checks,” said St. Paul city manager Phillip Zavadil.

Earlier this month, the city began advising residents to cut back on their electricity use by lowering their thermostats, watching less TV and washing laundry in cold water instead of hot.

“My first thought, of course, will be food. We’ll readjust the food menu so that we eat cheaper by $100 a month,” Swetzof said. “Which doesn’t sound like a lot, maybe in Anchorage, but $100 here maybe buys you a bag of groceries.”

Effects are statewide and go beyond the home

No part of rural Alaska will be immune from cost increases, and places with the highest electricity costs will see the biggest increases.

“This is a major, major issue for us, because it’s a — do we buy food, or do we buy electricity — issue,” said Kevin Theonnes, director of the Council of Athabascan Tribal Governments.

In a letter to the Alaska Legislature, council chief and chair Rhonda Pitka said, “In rural Alaska, and for the 84,000 Alaskans that rely on the PCE funding, there are no neighborhood supermarkets that keep food in cold storage. Subsistence hunters and fishers cannot provide for their families properly without power.”

In Nome, a normal bill will rise from $120 per month to $180. In Kotzebue, the same bill would go from $110 to $205, according to figures published by the Alaska Energy Authority at the start of this year.

“The hardship associated to participating electric utilities and their customers with the reduction of PCE payments will be considerable,” the state’s electricity regulator wrote on July 22.

The increase is not limited to individual homes: PCE also subsidizes the cost of electricity at municipal facilities. Things like streetlights, water treatment plants and tribal halls are eligible for a subsidy under a formula based on the population of the town.

The village of Tanacross uses some of its municipal subsidy to keep fire hydrants thawed during the winter, Messier said.

“Often, the municipalities own that infrastructure, and so they operate and take care of it, but if their bills double or triple, it’s going to be unsustainable,” said Jodi Mitchell, president and CEO of Inside Passage Electric Co-Op, which serves small towns in Southeast Alaska.

“I predict they’re going to have to charge customers more for infrastructure,” she said.

That would affect businesses, which don’t receive PCE directly. In many small towns, including St. Paul, the biggest local business is a fish processing plant, which consumes large amounts of fresh water. Higher utility costs would discourage business. Swetzof worries that if residents try to buy more things from Amazon, Target or Walmart, places with free shipping to the island, the town’s store will suffer.

“We’re rolling downhill. It’s turning into a snowball, it’s getting bigger and bigger, and it affects all of us,” she said.

St. Paul’s city-owned utility system receives about $220,000 per year in PCE payments, according to figures from the Alaska Energy Authority, and state regulators warn that power companies can expect to see more people unable to pay their bills as costs rise.

Zavadil said he expects the St. Paul city government’s cost to rise about $9,800 per month. The town’s entire budget for last year was $3.6 million.

“For the city itself, it’s going to be tightening up the belts where we can, but for residents, it will have more impact upon them, especially those on fixed incomes,” he said.

A program built to provide equity

The Alaska Legislature created the program in 1984. Natural gas prices in Southcentral Alaska are subsidized by the state through tax waivers and credits. In Southeast Alaska and on the Kenai Peninsula, state-built dams supply relatively low-cost electricity.

In rural Alaska, lawmakers concluded that no single project or effort could satisfy the various needs. As part of a grand legislative bargain, legislators agreed to create PCE to subsidize power costs while other parts of the state received physical infrastructure.

“That was the deal,” said former state Rep. John Sund, a Ketchikan Democrat who worked on the legislation behind the program.

But because PCE was an annual appropriation, subject each year to the whims of legislators working the state budget, rural legislators were at a political disadvantage and had to regularly argue in support of continued funding.

In 2000, the Legislature created an endowment to pay for PCE. By investing $178 million — money from the Constitutional Budget Reserve and the sale of four dams — lawmakers believed they could fund the program in perpetuity.

The idea worked — by 2017, the fund was worth more than $1 billion, so large that its proceeds were also being used for renewable energy projects and direct payments to communities, not just the power subsidy.

The Alaska Constitution forbids the Legislature from creating “dedicated” funds, and under the terms of a 1990 constitutional amendment, any surplus money left over at the end of the state’s fiscal year is supposed to be deposited into the state’s Constitutional Budget Reserve.

To get around this provision, the Legislature has traditionally taken a “reverse sweep” vote each year. On the eve of July 1, the money from various state funds is swept into the budget reserve, and with the approval of three-quarters of the House and three-quarters of the Senate, it is swept back out of the reserve and into the original funds one minute later. Those funds are used to pay for programs as varied as anti-smoking programs and education.

After Gov. Mike Dunleavy came into office, his administration rewrote the list of funds affected by the sweep. That rewrite added the PCE endowment.

That act — combined with the willingness of House Republicans to use the reverse sweep as leverage for a larger Permanent Fund dividend — has turned the fund into “a political football,” Mitchell said.

Republicans in the state House support PCE and proposed to fund the program without an endowment, but that idea wasn’t accepted by the House’s predominantly Democratic coalition majority.

“For many of us, voting down the reverse sweep was about honoring the constitution and our oath of office, not defunding the PCE or any other programs,” said Rep. Christopher Kurka, R-Wasilla, in a written statement.

Funding PCE without an endowment would return the program to what it was before 2000, an item that could be fought over every year.

A proposal by Dunleavy to constitutionalize the Permanent Fund dividend would also provide a constitutional guarantee for the PCE program, but it isn’t yet known whether that idea has sufficient support to pass the Legislature.

For that reason, supporters of the program have filed suit, challenging the Dunleavy administration’s decision to put the PCE endowment on the list of sweepable funds. The lawsuit, led by the Alaska Federation of Natives, was heard in court Friday, and a ruling is expected sometime next week, said Jahna Lindemuth, a former Alaska attorney general representing the plaintiffs.

Regardless of the verdict, the losing side is expected to appeal to the Alaska Supreme Court.

Mitchell, from Southeast Alaska, said legal and political battles like this make her really worried about the sustainability of rural Alaska.

In St. Paul, Swetzoff said she was “really really hoping” the lawsuit would be resolved this past week. Life is already hard in rural Alaska, she said: The phones are bad, the internet is slow, and costs are high. She doesn’t know how to make legislators in Anchorage and urban Alaska understand.

“Enjoy where you live, because it’s easy for you. I don’t know how to make them aware of this. We lose contact with people, sometimes because our internet is slow. So many things are tough in rural Alaska. … I can’t get online. That happens a lot. You’re trying to send a PDF to somebody — it grinds, and grinds and grinds. It’s hard to do business here. But yet, we like it so much we stay. I don’t know how to explain that, either.” 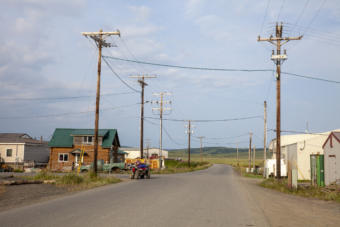 Dunleavy said in a statement that the ruling provided clarity and that the Power Cost Equalization program provides an essential service. 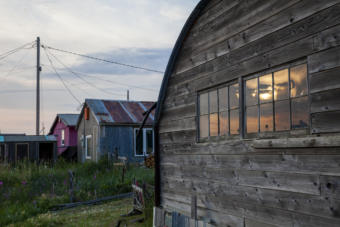 The ruling will keep more than $1 billion dollars in the Power Cost Equalization Endowment Fund. 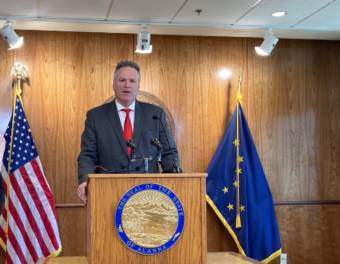 The governor’s office has posted a request for media agencies interested in contracting with the state for the campaign. Agencies have until Friday to respond.