A major earthquake struck near the Alaska Peninsula at 10:15 p.m. Wednesday, triggering tsunami warnings for much of the Gulf of Alaska coastline, but no large waves.

“This is the largest earthquake to happen in the Alaska region since 1965,” said Michael West, state seismologist with the Alaska Earthquake Center.

There were no immediate reports of major injuries or damage, but officials said that could change as people get a better look over the next few days.

After the initial tsunami warnings late Wednesday, the National Tsunami Warning Center in Palmer said at midnight that the waves caused by the quake were likely to be smaller than a foot.

“The good news is this does not look like a really significant event,” said Dave Snider, a tsunami warning coordinator with the National Oceanic and Atmospheric Administration. But, he cautioned, there still could be danger in bays and harbors.

“Strong currents are still very likely, and it’s still likely we’ll see some damage but it’s not likely it will be catastrophic,” said Snider.

The tsunami warnings had prompted Alaskans from Sand Point to Kodiak to Seward to evacuate as sirens wailed.

While some Anchorage residents also received tsunami alerts on their cellphones on Wednesday night, the Anchorage Office of Emergency Management reported that there’s “no known current concerns” for the municipality.

The tsunami warnings were canceled early Thursday when the biggest wave — just over a half foot — was recorded in Old Harbor.

The earthquake was felt widely across Alaska, and led to prolonged shaking and minor damage in some communities.

In Chignik, commercial fisherman Gene Carlson said the earthquake sent drawers sliding out of cabinets. Outside, his car looked like it was jumping.

“There was a lot of landslides here, too. You could see just clouds of — it was just dust everywhere,” he said. “Then we started gathering ourselves together ’cause with one like that, you never know if you’re going to get a tidal wave. So people were running all over, trying to get in cars and get up on the hill.”

The Alaska Earthquake Center reported 14 aftershocks of magnitude 4 or larger in the first two hours after the quake. The largest was a magnitude 5.9, eight minutes after the magnitude 8.2.

Jeremy Zidek, a spokesman for the Alaska Division of Homeland Security and Emergency Management, said its key to remember a quake of Wednesday’s magnitude is serious.

“It’s a massive earthquake,” he said. “While we didn’t see a significant tsunami wave generated by this earthquake, an 8.2-magnitude certainly has the potential to produce a devastating one, and we don’t want people to become complacent.”

He added: “If local officials issue a tsunami evacuation, heed those warnings.”

The Associated Press and KDLG’s Izzy Ross contributed to this report.

Coastal communities safe after major earthquake and threat of a tsunami

State seismologist warns against a "false sense of security." 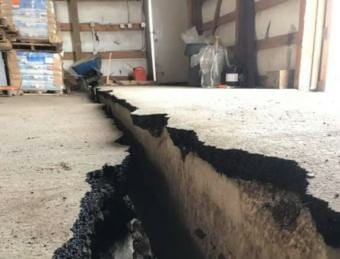 Freight shipments could be delayed until both of the town's docks are inspected. 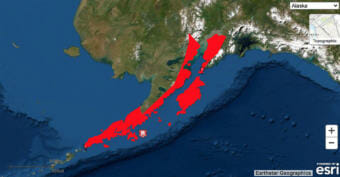 A 7.8 magnitude earthquake happened just after 10 p.m. about 75 miles south of Chignik.