The Copper River’s sockeye run is far below the state’s goals so far this year.

The Alaska Department of Fish and Game announced Wednesday the latest in a series of closures this season. The district has opened only for three 12-hour fishing periods so far on May 17, 20, and 24.

But as of Tuesday, the department’s sonar tower counted just 63,585 sockeye in the Copper River, the 13th lowest run on record so far. The state’s in-river count goal is more than double that at 148,048 fish.

The department said the commercial harvest is the fourth lowest to date in the last 50 years.

But while the harvest may be low, prices for Copper River salmon were high even before the fishery opened in mid-May. Peter Pan Seafoods announced that it would pay triple last year’s prices for sockeye and kings. This year, it will pay $19.60 per pound for kings and $12.60 a pound for sockeye, while in 2020, sockeye went for around $4 and kings for $6.

The Cordova Times reported retailers’ pre-orders for sockeye fillets were as high as $54 a pound. King fillets went for up to $79.99 a pound. 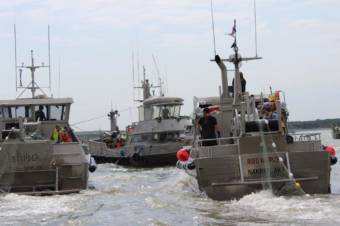 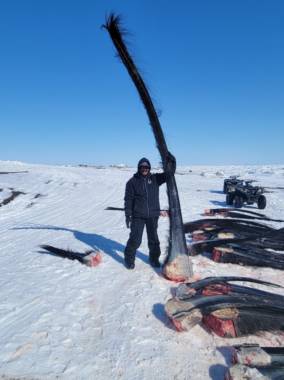 With a haul of 11 whales this season, Point Hope gears up for Qaġruq festival

Over the first two days, captains will haul the whaling boats up and show off their crews flags before cutting up the whale for the large communal feast. 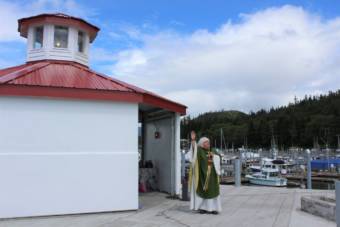 As summer fishing seasons gear up and get started, Wrangell community groups gathered at the Wrangell Mariners’ Memorial to wish safety to anyone on the water and remember those who have lost their lives at sea.