A major player is exiting the energy business in Southeast Alaska. Crowley Fuels is set to sell its Southeast Alaska business to Anchorage-based Petro Marine Services. The deal is expected to close in mid-February. But some fear the move could make life in the panhandle even less affordable.

Petro Marine and Florida-based Crowley say customers won’t notice much difference, aside from the company’s name — Petro Marine says it will honor all of Crowley’s existing contracts in Southeast Alaska.

But some local officials and residents say they’ve been burned before.

He was talking about a merger that happened a few years back, when Alaska Marine Lines merged with shipping competitor Northland Services.

Hilson said that since the merger, prices are going up faster than they should.

“So, we saw as competition went away, prices increased much more than cost-of-living price indicators would normally escalate,” Hilson said.

Hilson said he’s afraid that once Petro Marine takes over Crowley’s business, it would leave Ketchikan with only one supplier for gas, heating oil and marine fuel. And if the past is any indication, he said, prices will go up.

AML declined to comment for this story, aside from disputing the accuracy of an op-ed that made a similar comparison.

Petro Marine’s chief administrative officer, Jasper Hall, declined an interview. But in a statement, he said there will still be competition in the region: from Delta Western, an oil company whose parent firm is headquartered in Seattle. Delta Western has a large terminal in Juneau, and its website advertises services in Sitka, Haines and Yakutat.

But Hilson said Delta Western doesn’t have nearly the footprint in Ketchikan that Crowley does. It has a single gas station seven miles north of town, nowhere near commercial harbors and fish processors.

“So there will be a monopoly on the water side of fuel,” Hilson said.

And he said if prices do start to go up, it’ll hurt — not just the city’s bottom line, but also the fishing fleet, not to mention everyday residents. He suggested the state attorney general’s office should investigate the acquisition as a possible violation of state antitrust law.

But Hall, the Petro Marine executive, said that investigation already happened. Hall said the company told the Department of Law it was interested when Crowley indicated it would leave the Southeast Alaska market. And he says state antitrust lawyers already reviewed and cleared the sale.

“Petro Marine responded to a Civil Investigative Demand and provided information regarding the potential acquisition to the State of Alaska,” Hall wrote Wednesday. “Upon conclusion of the investigation, no further action was recommended, and an agreement between Petro Marine and Crowley Fuels was finalized.”

Hall says the acquisition isn’t expected to mean any job losses — any Southeast Alaska Crowley employees who want to work for Petro Marine will have a job. In fact, he says Petro Marine anticipates adding jobs in some locations to bolster customer service.

As for gas, diesel and marine fuel prices? Hall says Petro Marine has “no plans to change our approach to pricing.”

The deal is expected to close Feb. 17.

Ketchikan’s city council is scheduled to discuss how it should respond to the acquisition on Thursday. It’s part of a packed agenda that also includes a presentation from Royal Caribbean on its plans for the upcoming season and debate on whether the city should help the state of Alaska defend the rollback of the federal Roadless Rule in court — a conservation group is suing to reinstate the federal protections.

The meeting gets underway at 7 p.m. Thursday in the Ted Ferry Civic Center. 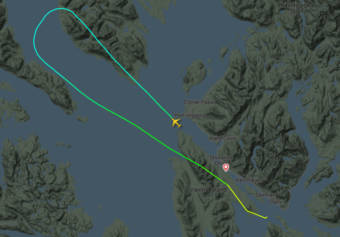 The Wrangell-bound Boeing 737-790 turned back about five minutes after taking off “out of an abundance of caution,” according to the airline. 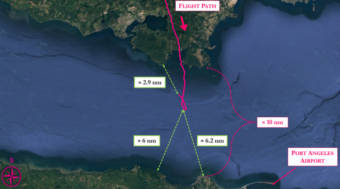 NTSB: Cessna ran out of fuel between Ketchikan and Port Angeles in fatal crash

The Kodiak man killed while trying to pilot his small plane from Ketchikan to the Lower 48 apparently ran out of fuel a few miles from an airport. 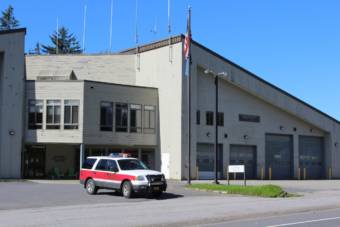 Projects for named communities in Southeast — Ketchikan, Craig, Sitka, Hyder and Klawock — make up about 7% of the state’s bond.