The 40-foot bus should hit the streets by February. Capital Transit drivers and mechanics will receive training from California-based manufacturer Proterra in the meantime.

The City and Borough of Juneau received a $1.5 million federal grant back in 2018 to buy the bus. Additional funding came from Alaska’s share of a multi-billion dollar legal settlement from Volkswagen.

The city has been awarded a total of $9.5 million in state and federal grants so far.

“It’s pretty great that that Juneau would get four years in a row grants for that, and a lot of that is the community writing letters of support,” said Capital Transit’s Denise Guizio.

The Juneau Commission on Sustainability and Renewable Juneau both helped drum up support for the city’s grant applications. The plan is to replace seven diesel buses in the city’s fleet with electric buses when they retire in 2022.

Guizio says they don’t know yet how Juneau’s cold, wet environment will impact the lifespan of the electric buses. But they shouldn’t need to be replaced any sooner than diesel buses.

The state’s first electric school bus in the Interior town of Tok passed an extreme cold weather test when it operated with no problems in 30-below weather in October of this year.

Juneau’s isn’t the first electric city bus in the state, but it’s the first one to hit the streets that’s owned by a transit agency. Anchorage previously leased an electric bus from Proterra for a trial period in 2018. 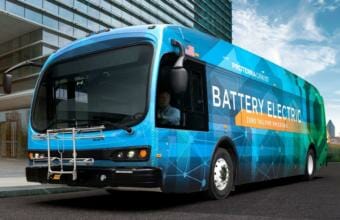 Juneau is getting an electric city bus, making it the first city in Alaska to have a plug-in in its fleet

The City and Borough of Juneau received a $5 million federal grant to purchase electric buses and charging stations. The first is expected to quietly hit the streets sometime October. 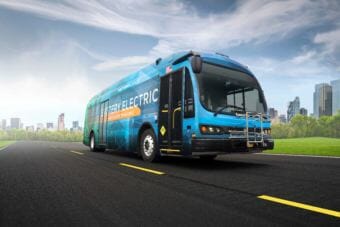 The City and Borough of Juneau recently learned it will receive $1.5 million in federal grant money to help purchase a new electric bus and charging equipment.